The Evergreen Twig
a sculpture in Rosarium Park, Kazanlak, Bulgaria

As the sculpture was realized after wining a competition, follows an excerpt of the concept.

"The Evergreen Twig is a minimalist composition that develops in an upward spiral - a symbol of constant development and renewal - qualities that characterize Kazanlak's history and social life. The sculpture would like to not only reflect the past and present of the city but, by visualizing an evolution tendency, to form a positive attitude for citizens for a positive future as well.

The first elements of the composition are set firmly on the foundation, creating a sense of stability of reliability. At the same time, a gradual upward movement begins from them, from this solid foundation. Delicately hinted at the beginning, it becomes more palpable in the spiral of development and culminates in the last leaf, which is almost vertically upright and directed to the sky." 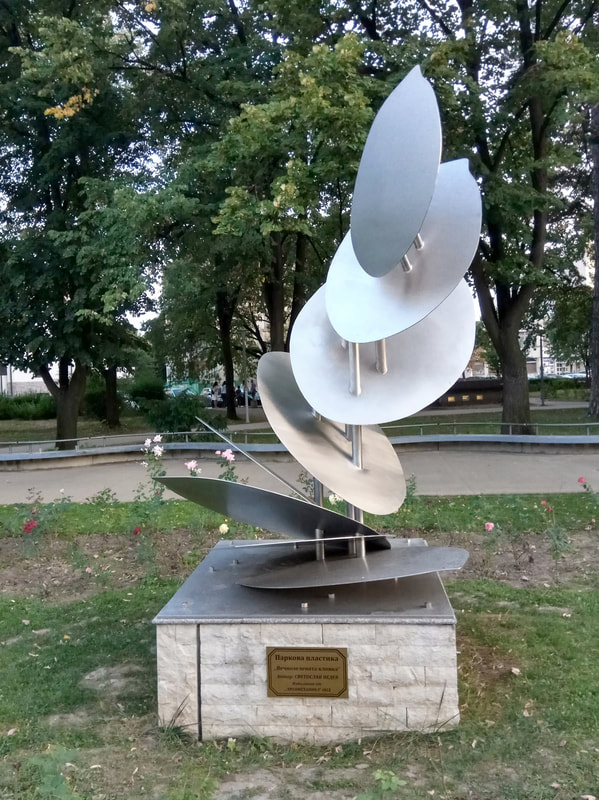 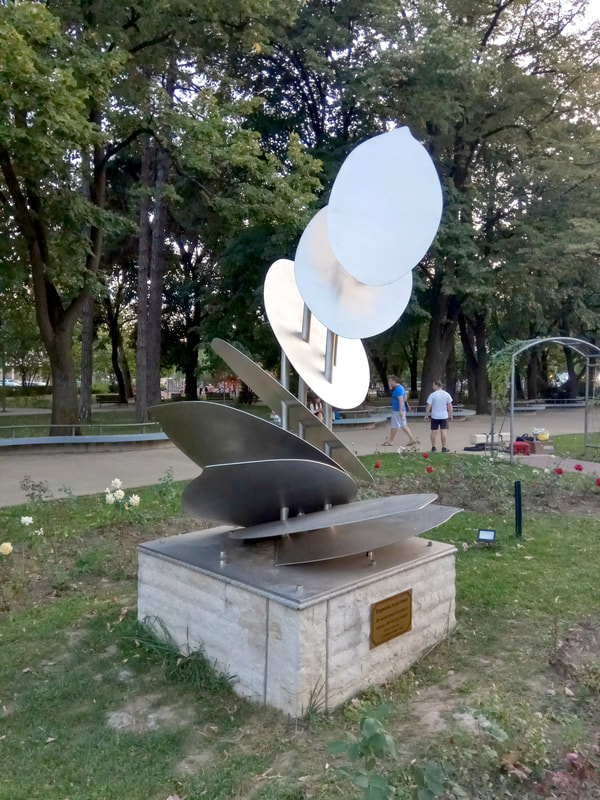 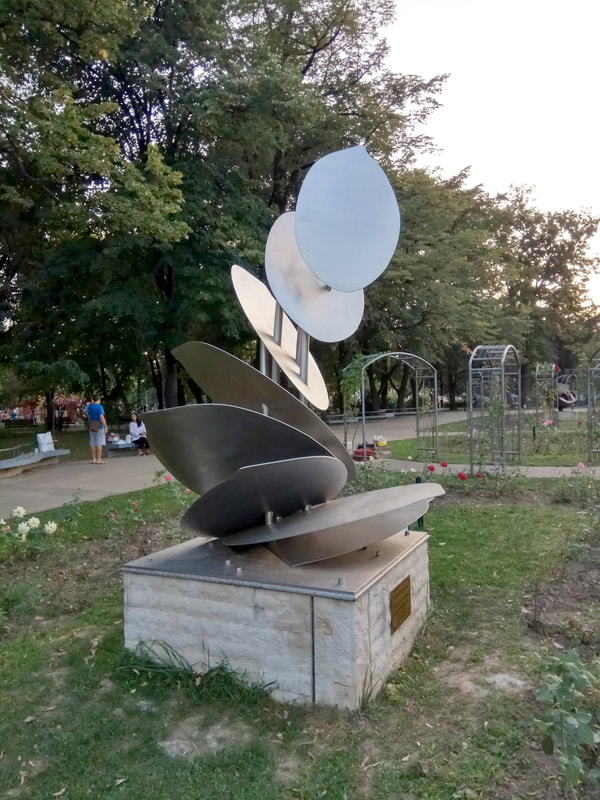 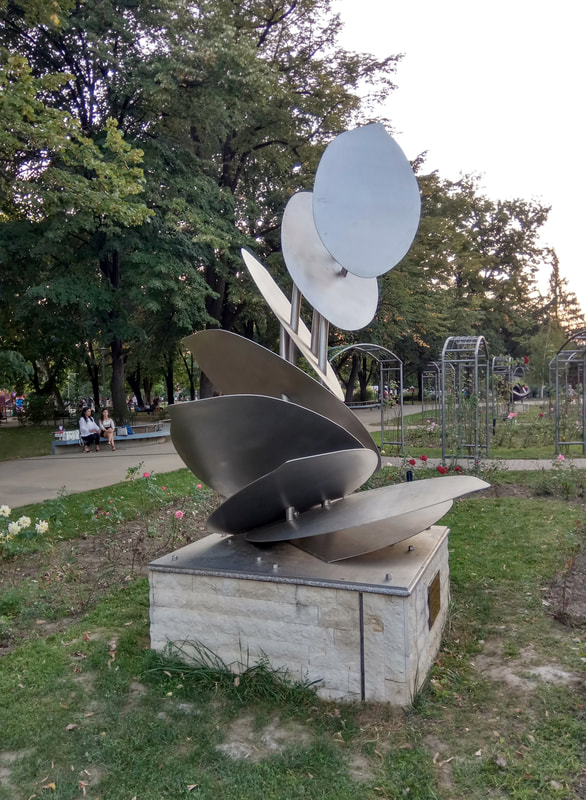 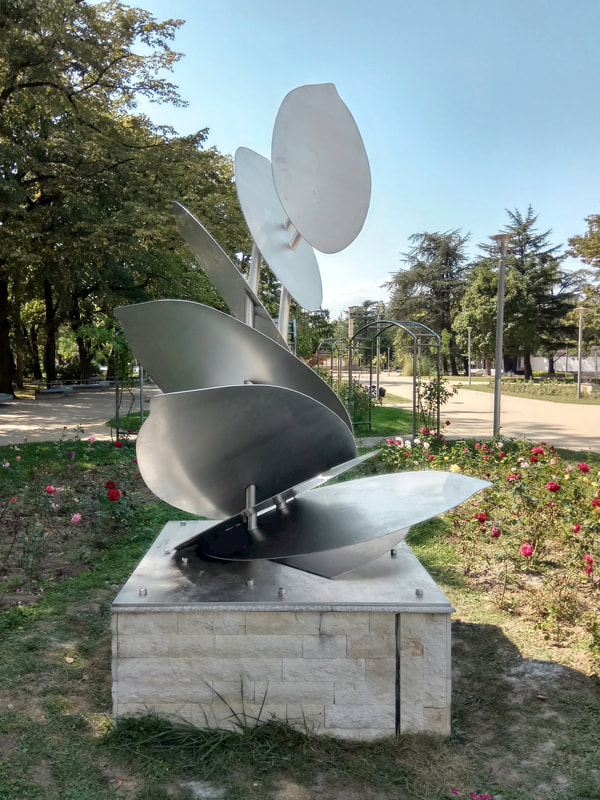 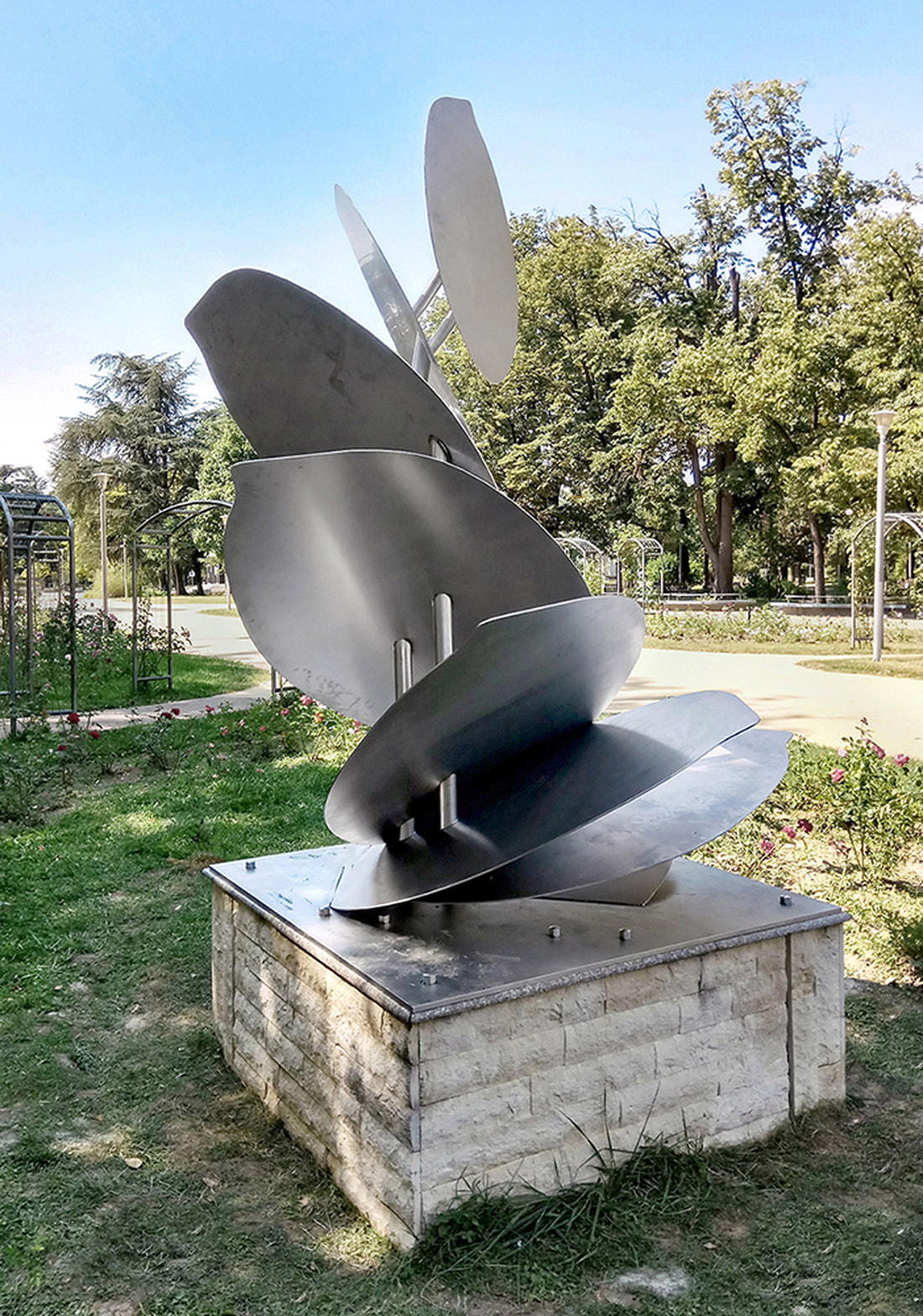 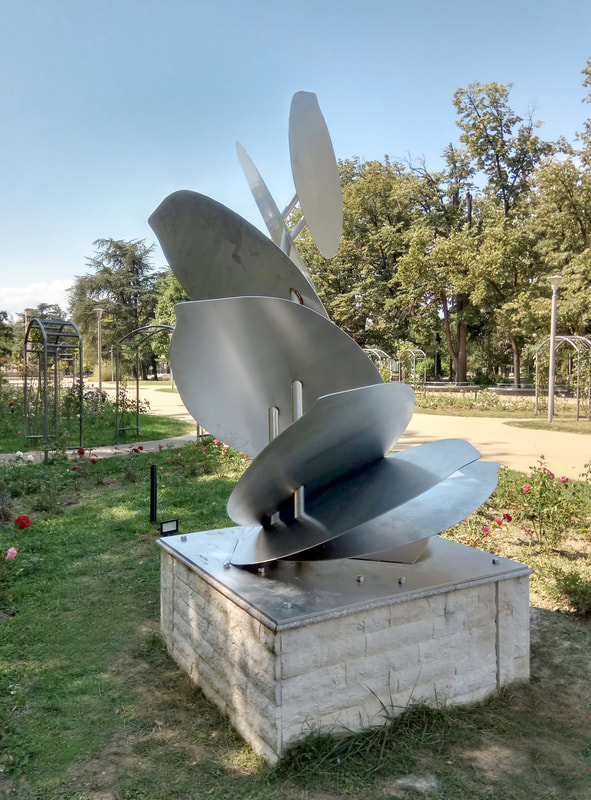 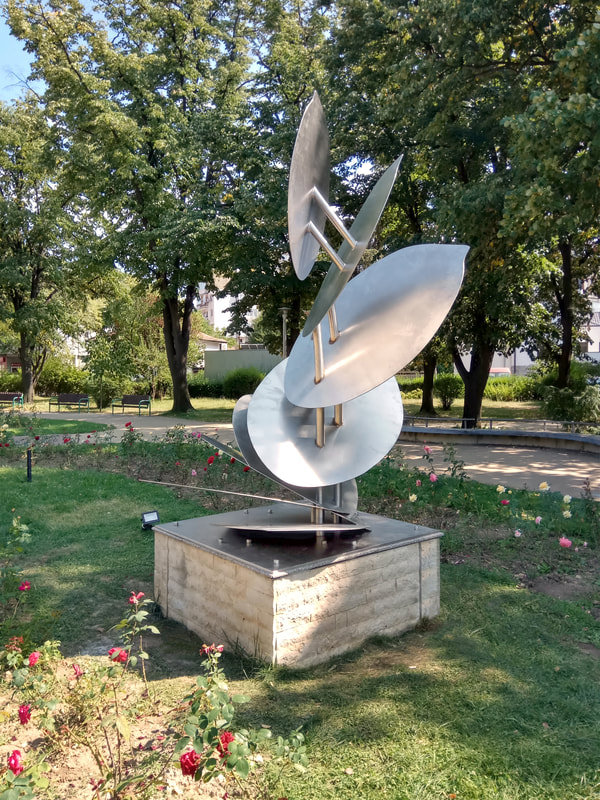 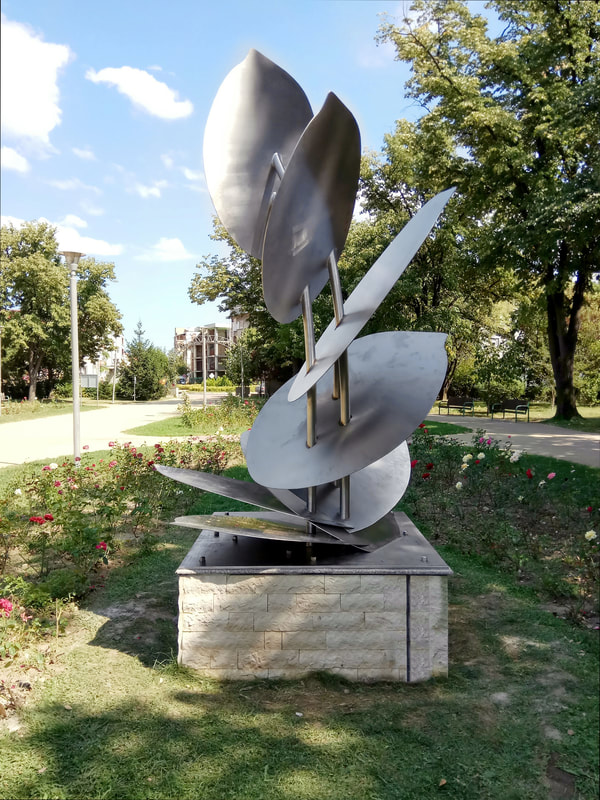 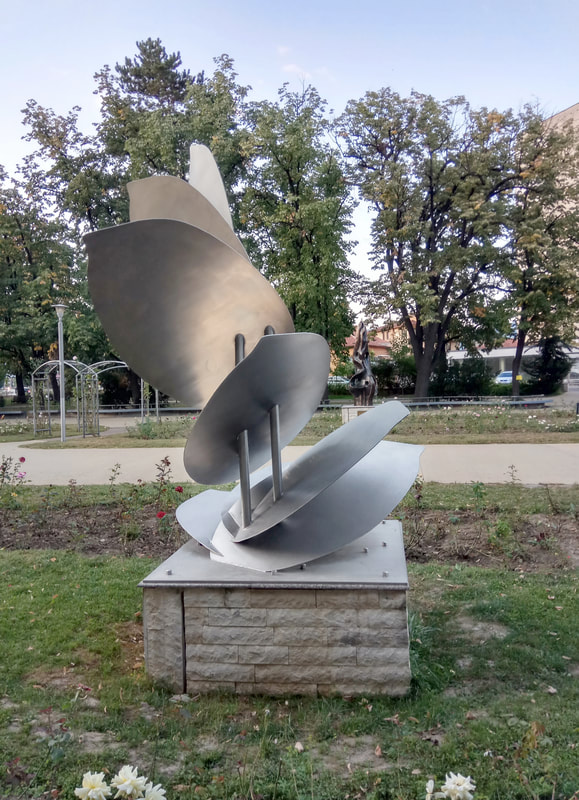 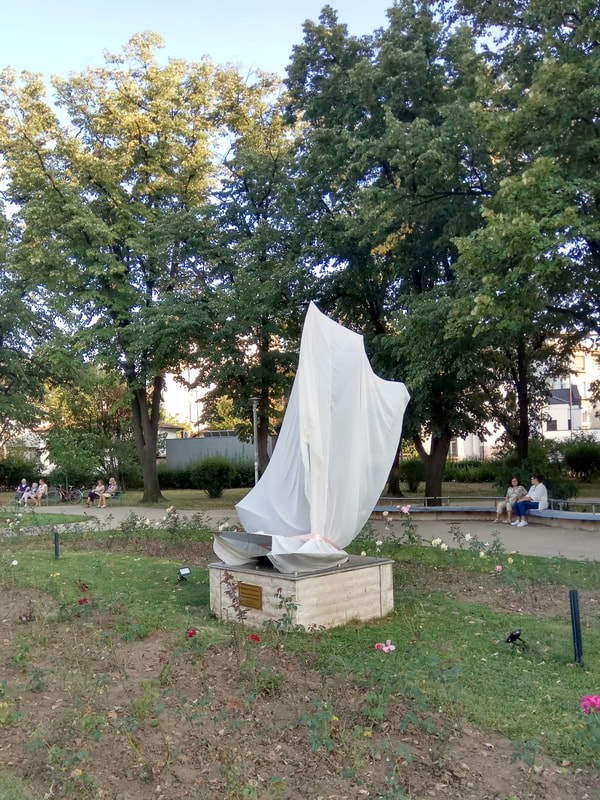 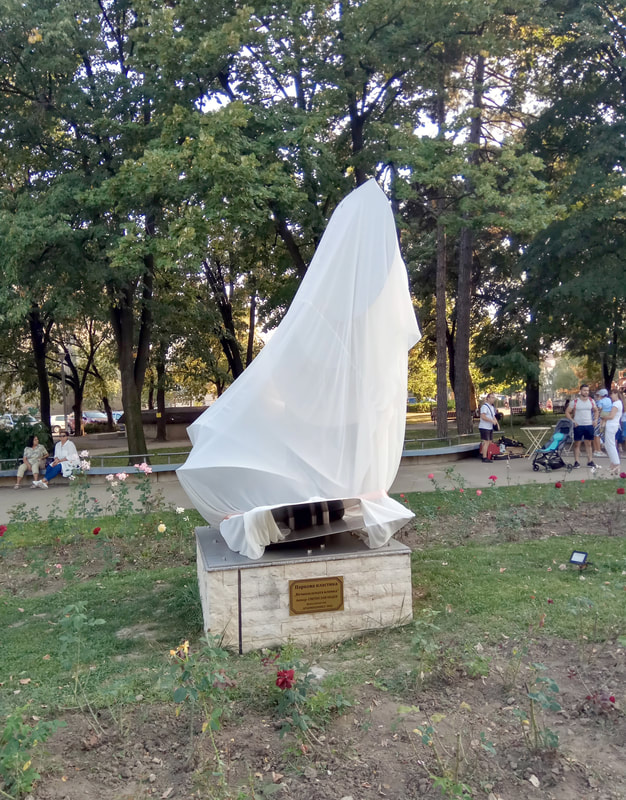