Why do we call this exhibition elements? Because there is air in it, there is water, there are earth and fire… There are birth, life and death, springing up from the relationships between the elements. The name was not preliminary given – it arose spontaneously in the work process, as well as many of the elements in the paintings themselves. Spontaneity, in fact, had a primary role in the making of the works. In this sense, the works are not illustrations or treatments of a preconceived theme, but rather a process of giving the elements an opportunity to point out and represent themselves. The elements are not only outside but inside as well, in a state of perpetual communion, merging into one another, and thus giving birth to an alchemy that has its processes and stages, as well as its starting, transitional and end products. (Perhaps it was the quest for outer world analogues to what happens in the inner world that led to the alchemy's boom in the Middle Ages.)

In my works, I try to capture and represent some typical images and symbols that, irrespective of time and concrete forms, remain stable in their essence. I have attempted to cleanse them of any concreteness and thus to create a dreamlike atmosphere. Dreamlike, because the dream is a natural environment in which one thinks primarily with images rather than with words. (Let us not forget that one never knows to what extent one dreams while he believes he is awake.) Nevertheless, if the works are reviewed in the order of their creation, one could perceive a certain succession of states that, although quite spontaneous, is reasonable and logical. For example, "Ladder to Heaven" (a quest for the other, the unknown) finds an answer in "Where Earth and Sky Meet" (an attainment of the sought), followed by "In the Beginning There Was a Ball" (a new, integral entity, synthesis).


So, the elements and their alchemy are everywhere, creating an environment that includes us and at the same time informs our very being. Sometimes they are like a sunny day, sometimes like lake water or the touch of the wind… Sometimes, they are inimical and destructive…, but still we are kneaded together out of them!... 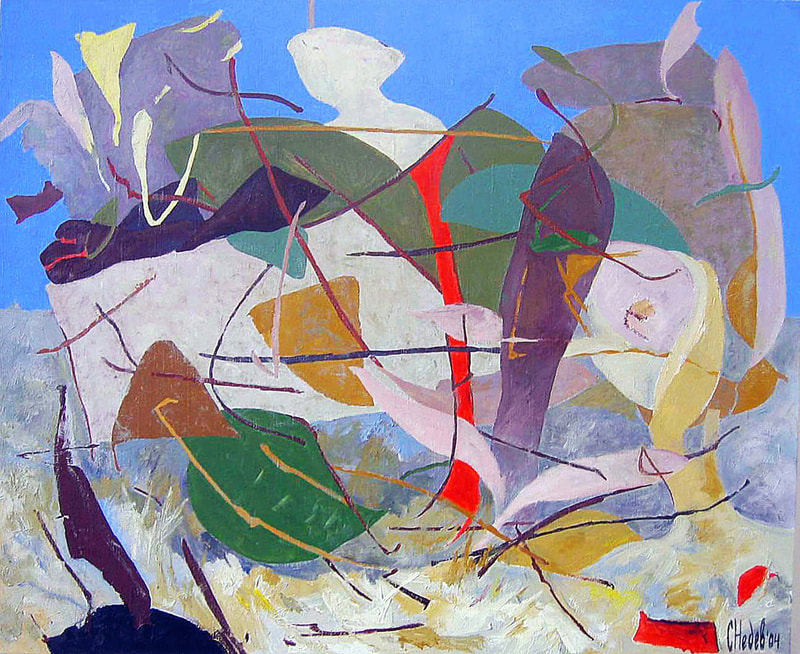 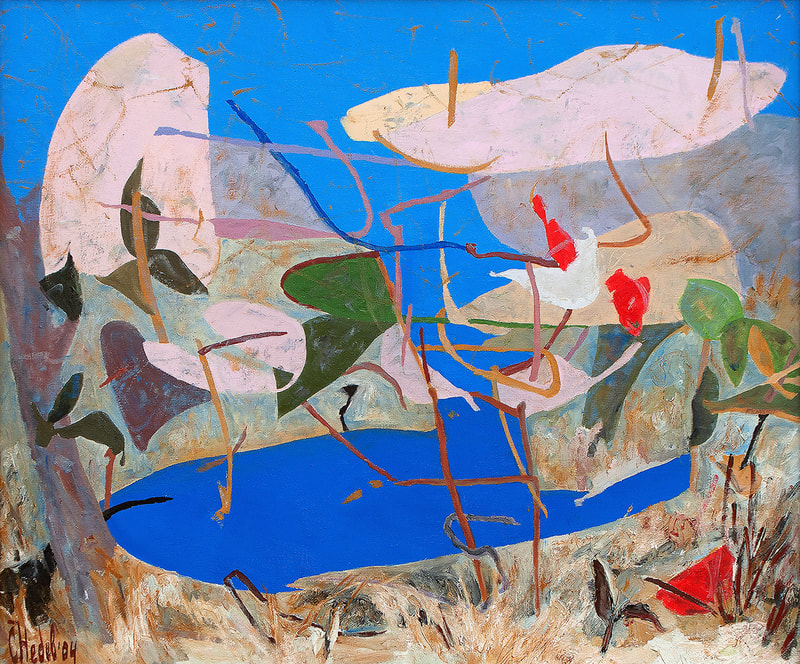 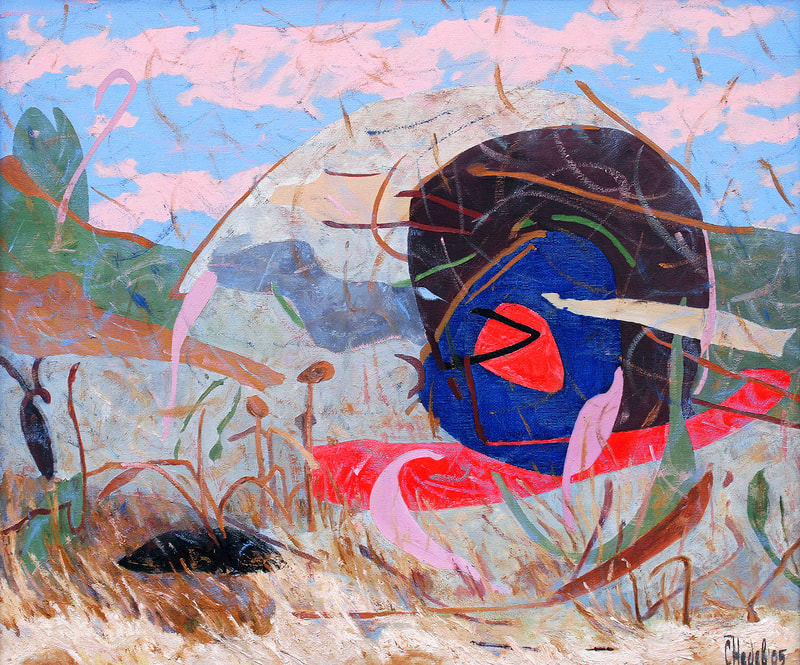 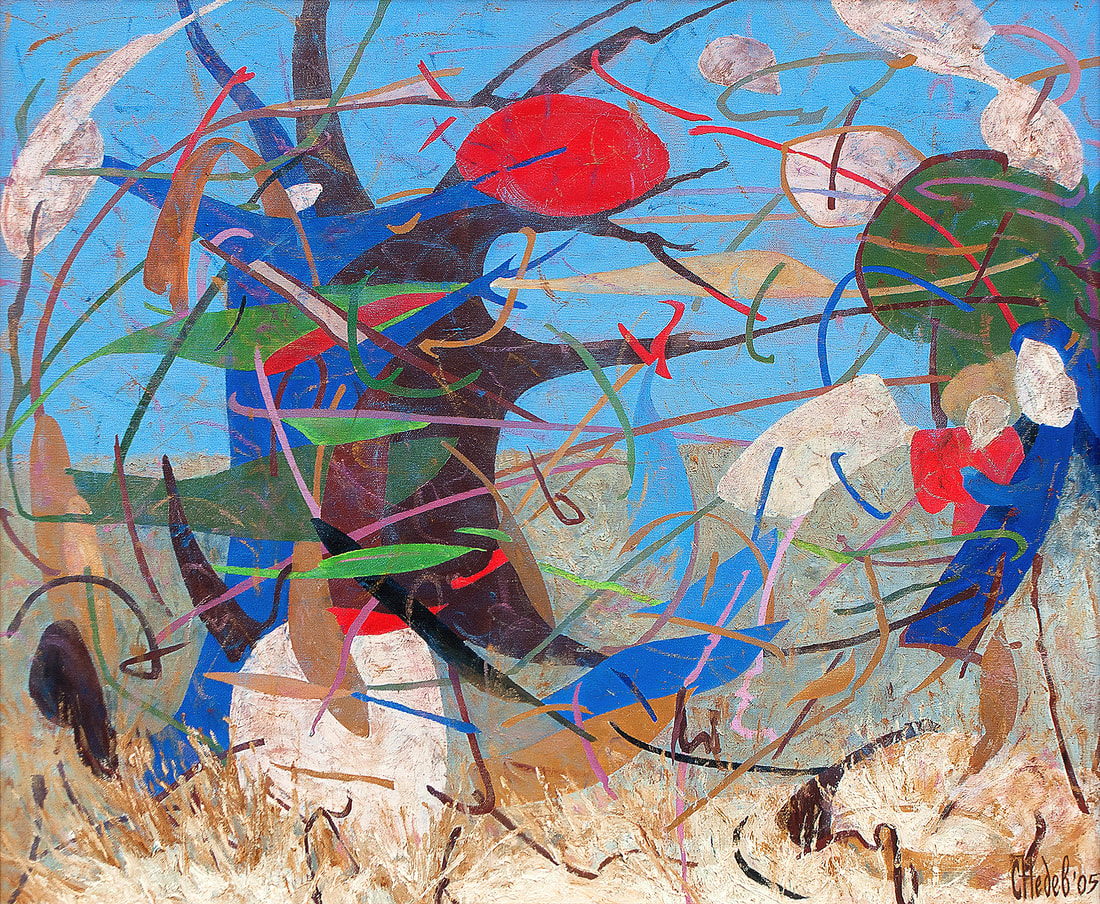 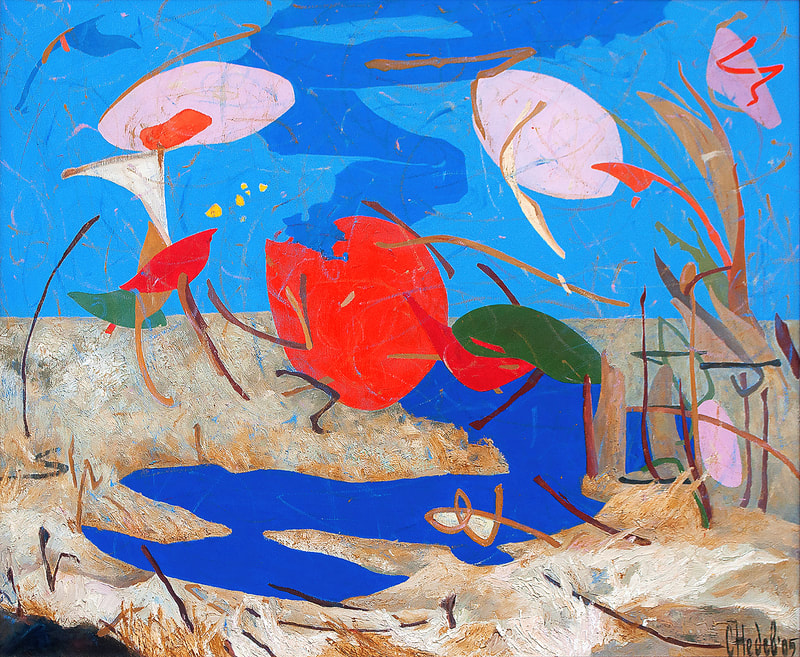 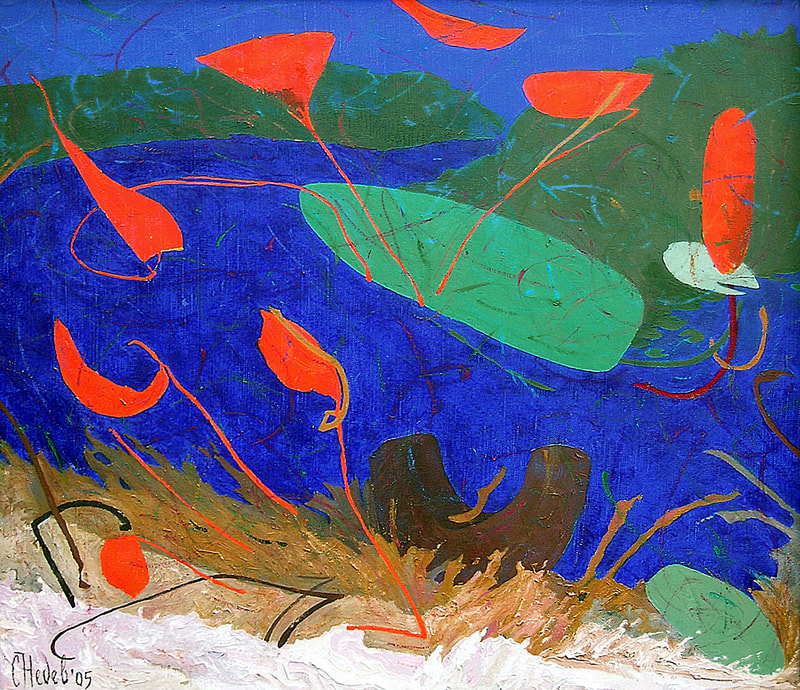 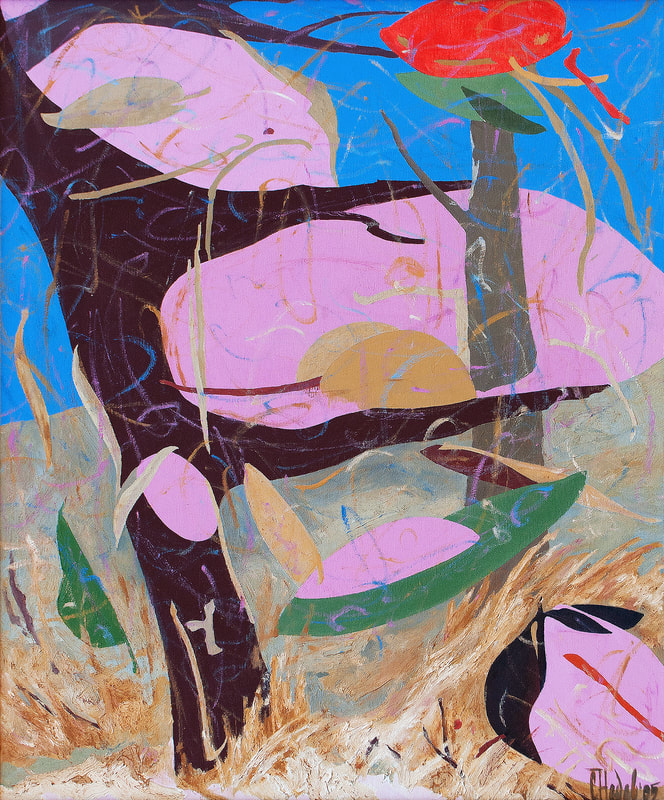 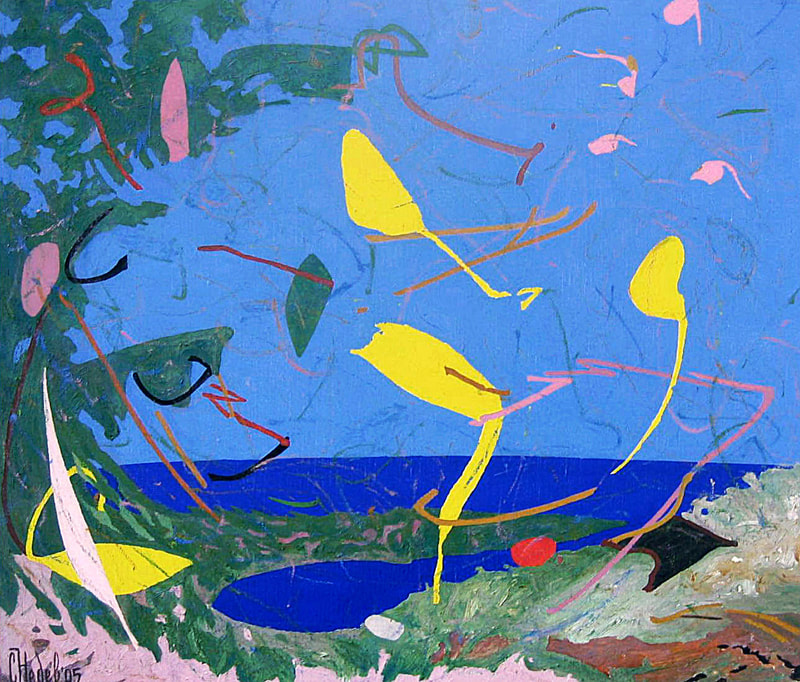 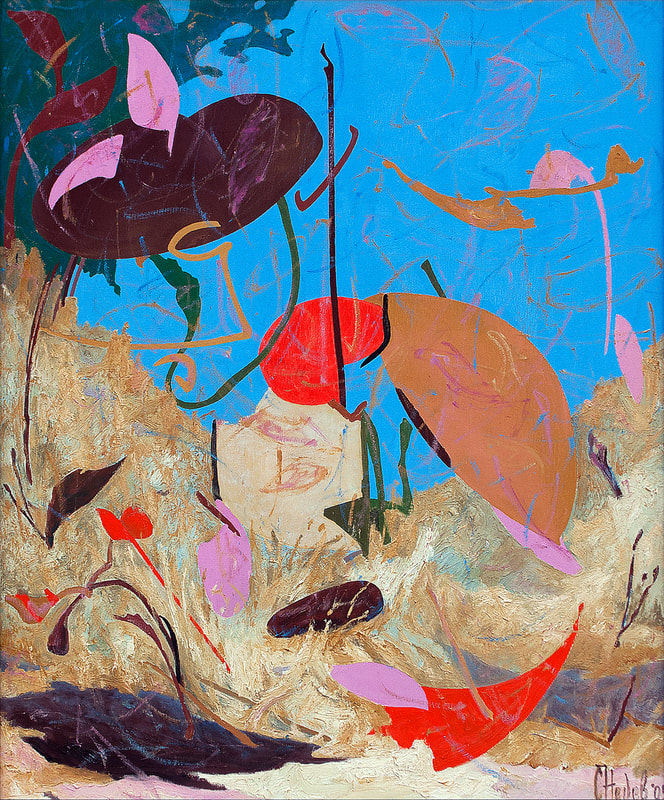 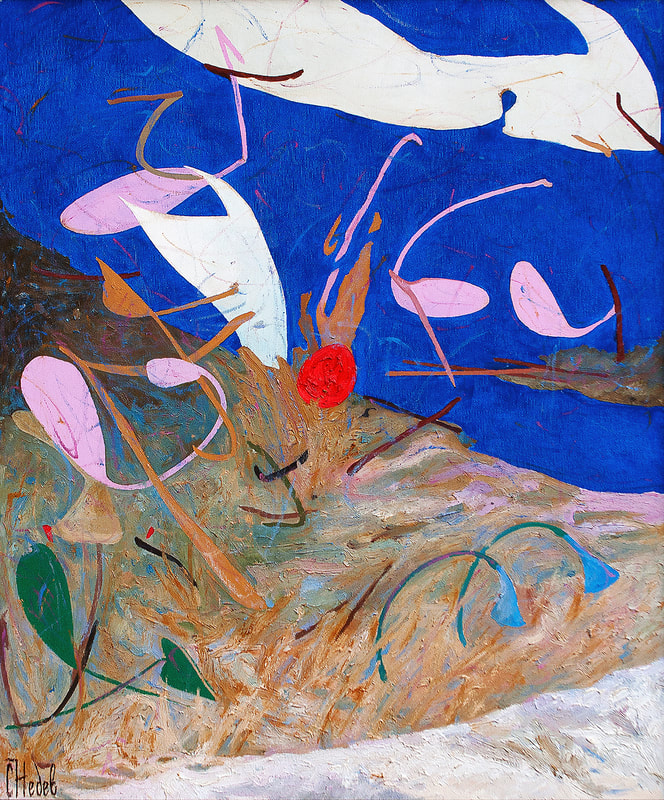 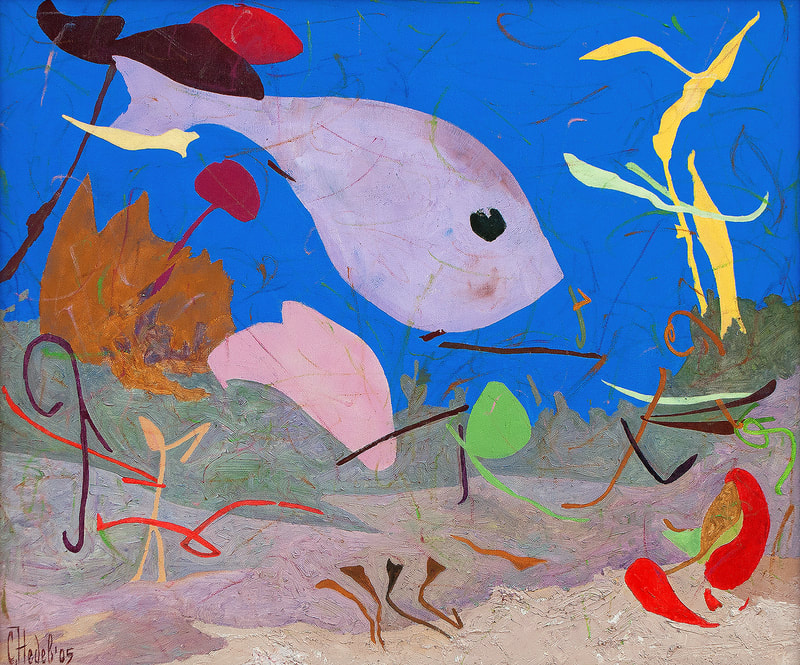 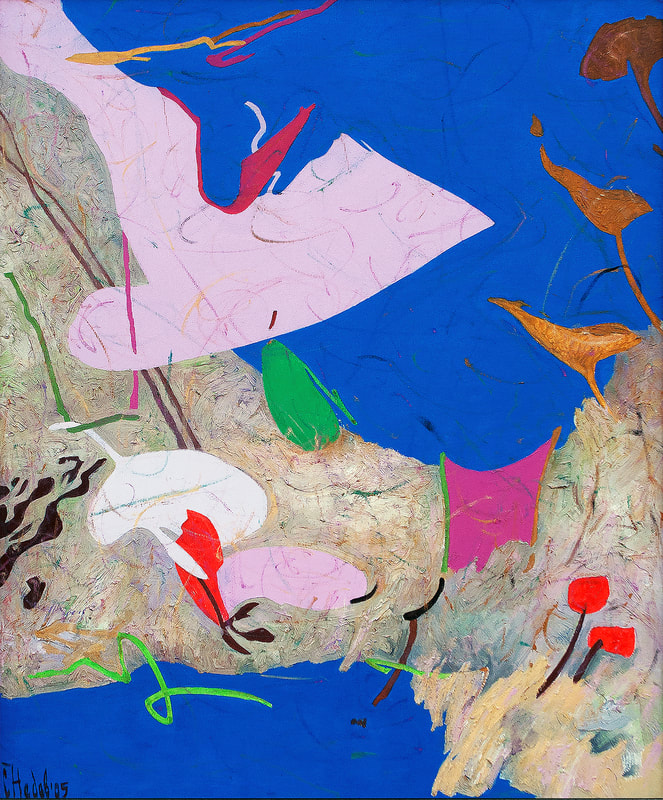 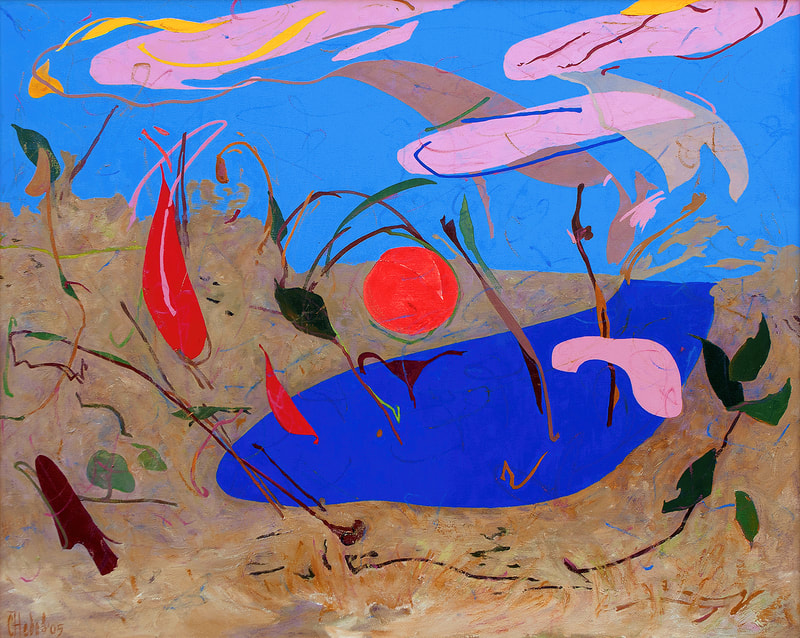 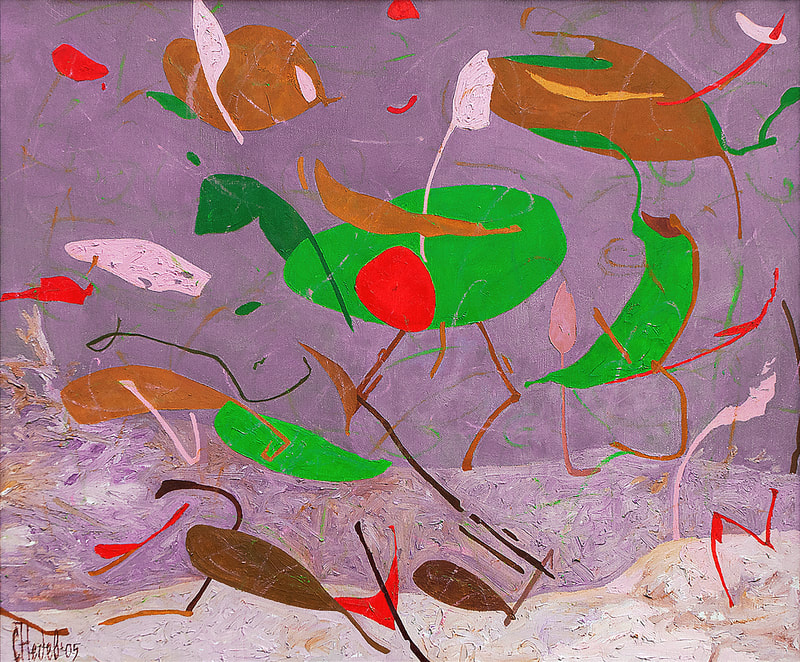 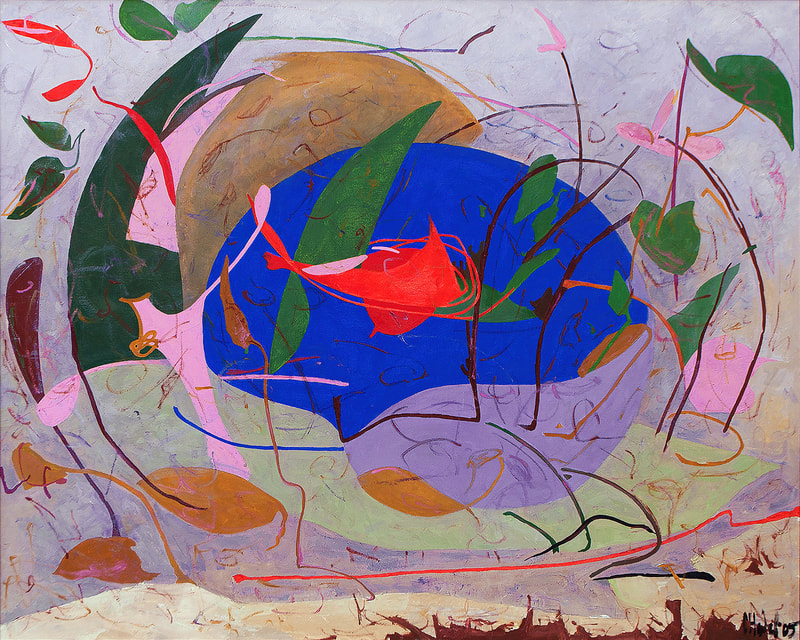 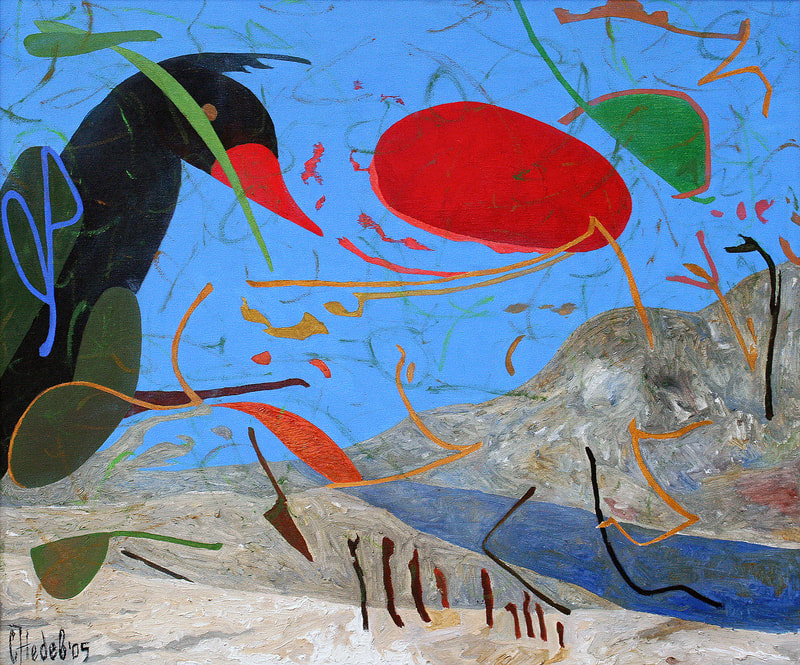 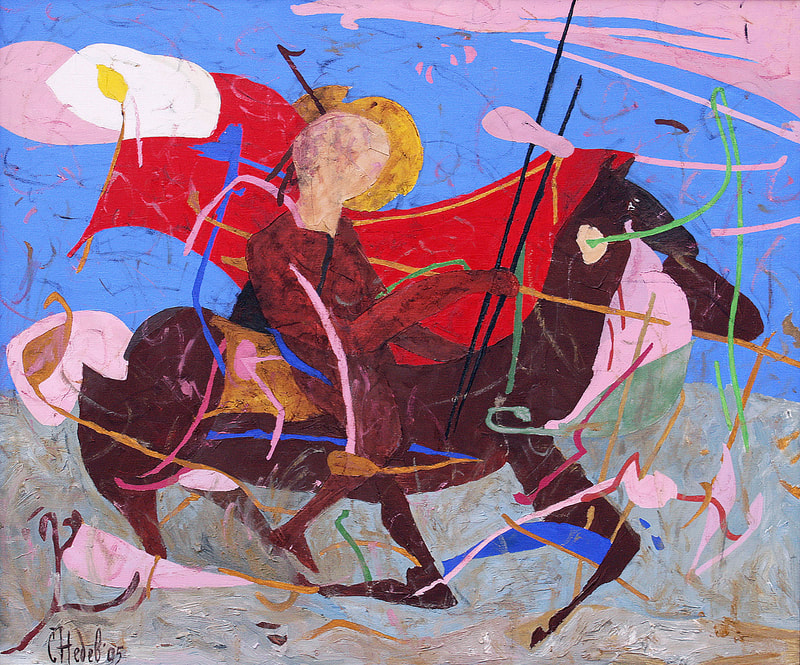 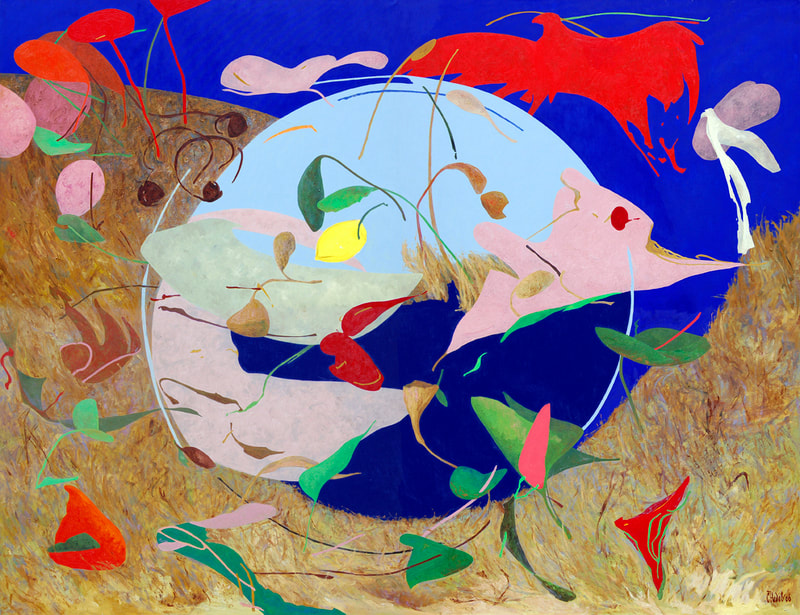