An object that was created in 2007 for a group exhibition called Balance.
The show was curated by Dimitar Grozdanov and was opened at the Shipka 6 Gallery, Sofia on 11.10.2007.

The work refers in an ironic way to those moments, when the equipment so to say does not obey... for some reason it refuses to serve and one gets so mad and angry that feels like they are going to smash the equipment or hit it with some other object. A funny situation that in a way refers to the contemporary highly technological urban society, where everything is very modern, advanced, state-of-the-art and still the inhabitants of the cities are sometimes so nervous. One starts to wonder why is this so? Why the technology that seemingly makes everything easier has not solved the problem with the nice mood and the lack of time. To the contrary, the more advanced the society gets, the less time we have... and less tranquility. 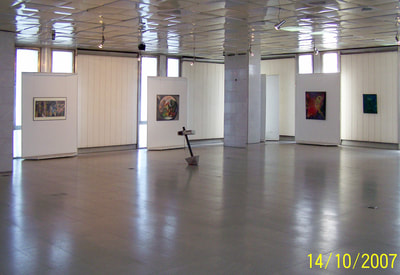 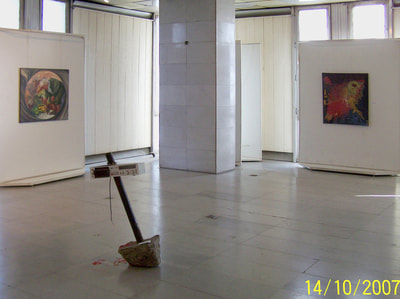 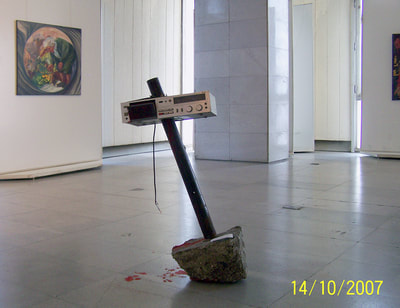 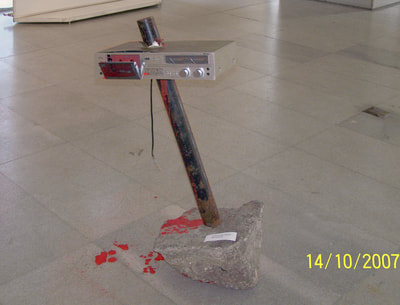 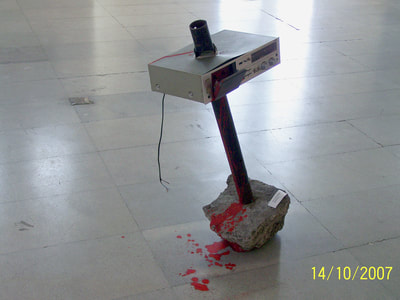 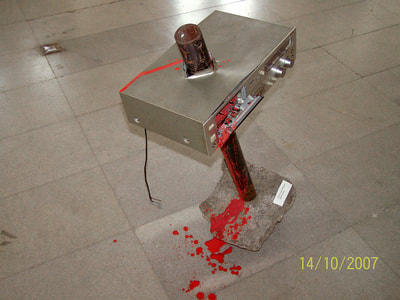 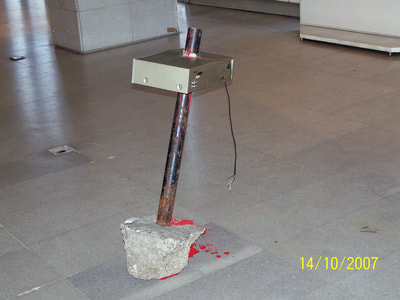 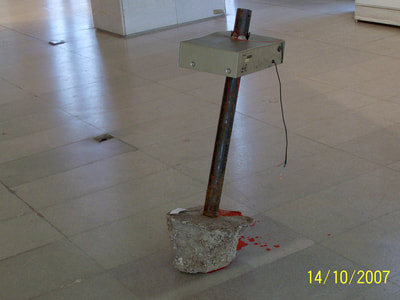 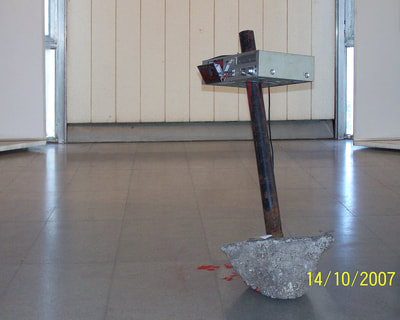 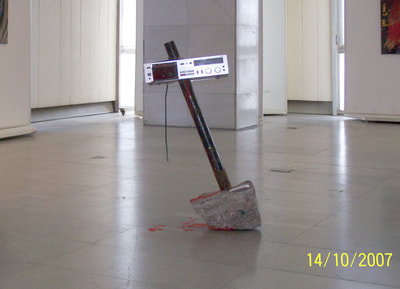 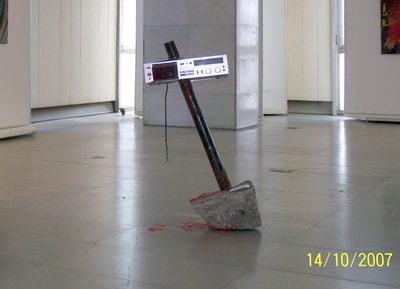 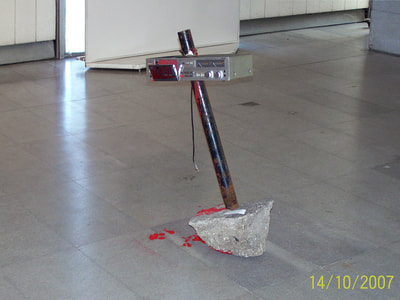