This work is an installation consisting of three paintings and a short clip in which the paintings are used as spaces. The paintings are called and represent different states of mind or modes of existing: Downwards (Submergence), Upwards (Emergence) and A Place called Nowhere, which stands for the ever searched state of perfect balance between the opposites, the middle point. The clip sums the three states up in an attempt to represent the being of man as an oscillation between opposites. The camera takes the spectator through a spiral channel, where the both directional states alternate each other while advancing and finally reaching the central space that bears the pattern of the third, static painting and is in fact… hard to stay in. Maybe this much desired state is more alien to the human nature than we can imagine? The spiral is used, because it allows a motion not only to circulate, but to reach a center as well. Finally, the conjunction of the opposites on a symbolic level poses the question if such a union is endurable at all.

The three paintings could be found below the clip. 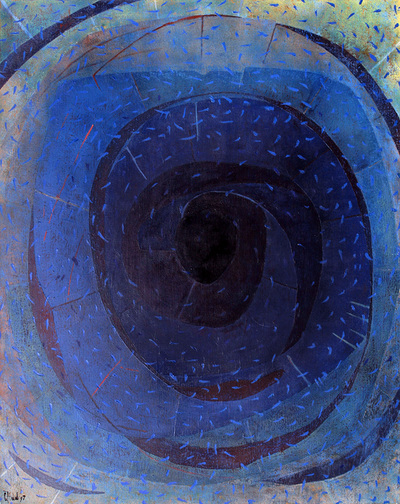 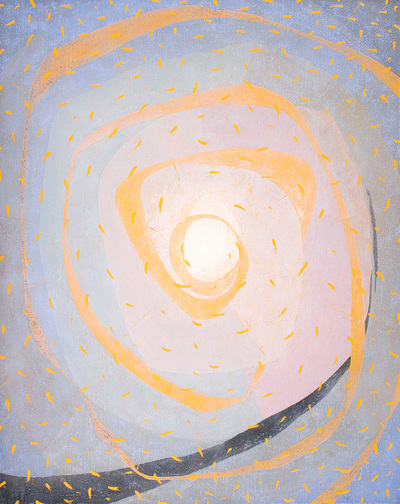 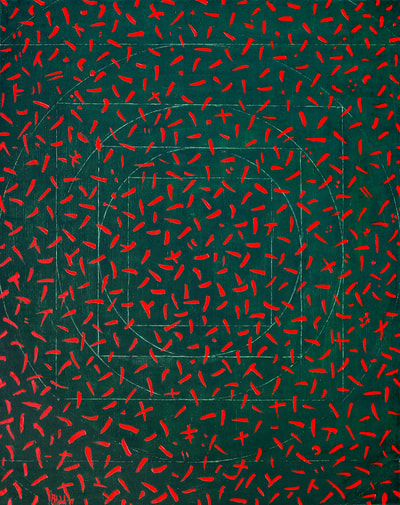