The idea for this sculpture emerged in 2016 in relation with another project for a group show. The working title of the show was Passing and its subject was the process by which we get aware with an emphasis on its temporariness. Of course the topic is much broader and artists were invited to reflect on it as extensively as they could and wish. Unfortunately Sofia City Gallery turned down the proposal (as the works for the show were not created at this early stage) and the show didn't happen.
In the space of the gallery then there were two rectangular columns and my idea was to pull ropes between them and put a sphere the way it is seen on the images.
I like the uncertainty of this vision: the sphere could fall down but it keeps hovering in space.
The idea of the work is that between past and future there are infinite number of threads, i.e. ways, vibrations, paths, lines etc. that stretch between these two polarities (past and future) BUT only the actual present moment (the sphere) matters. 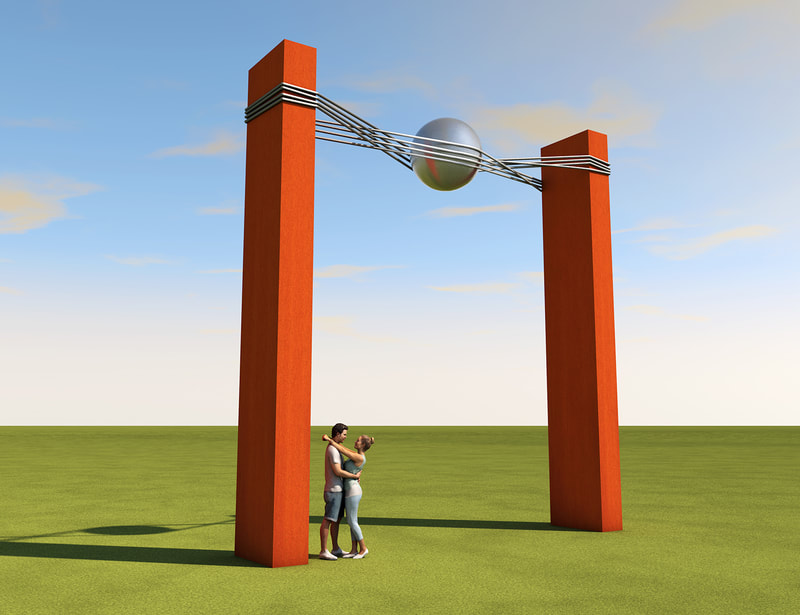 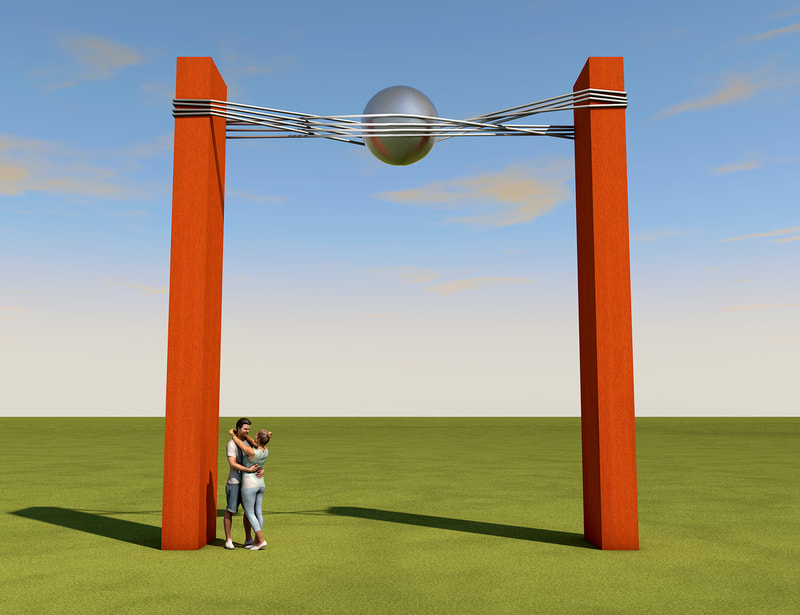 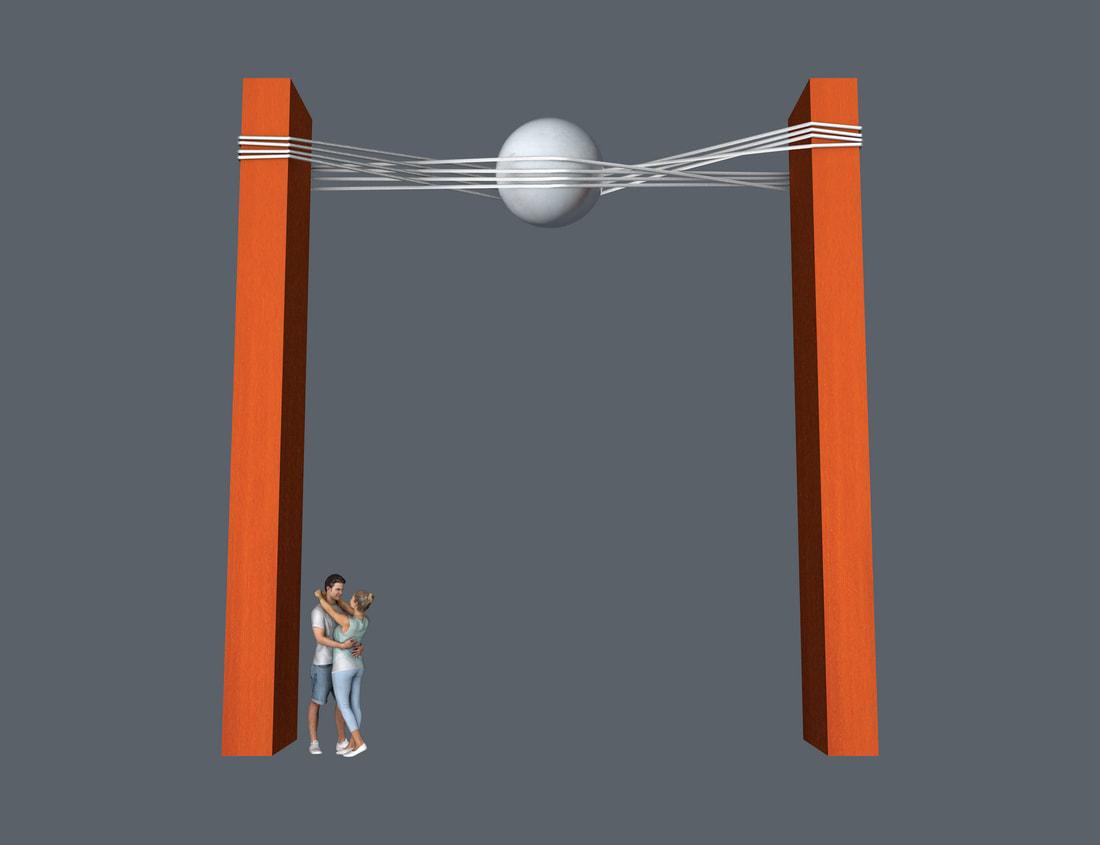 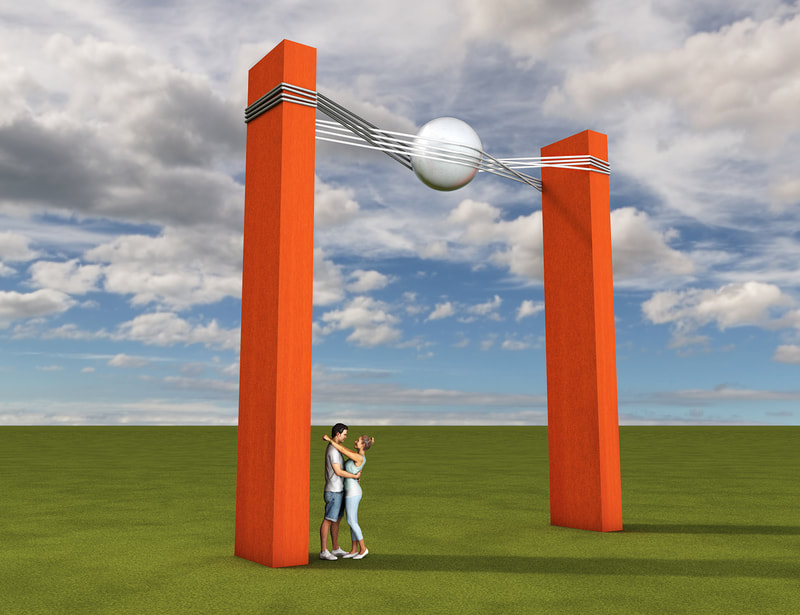 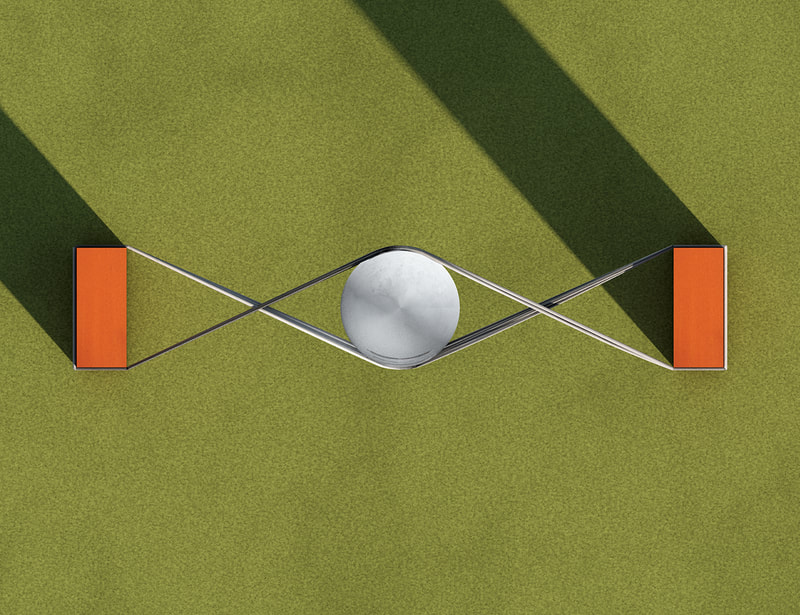 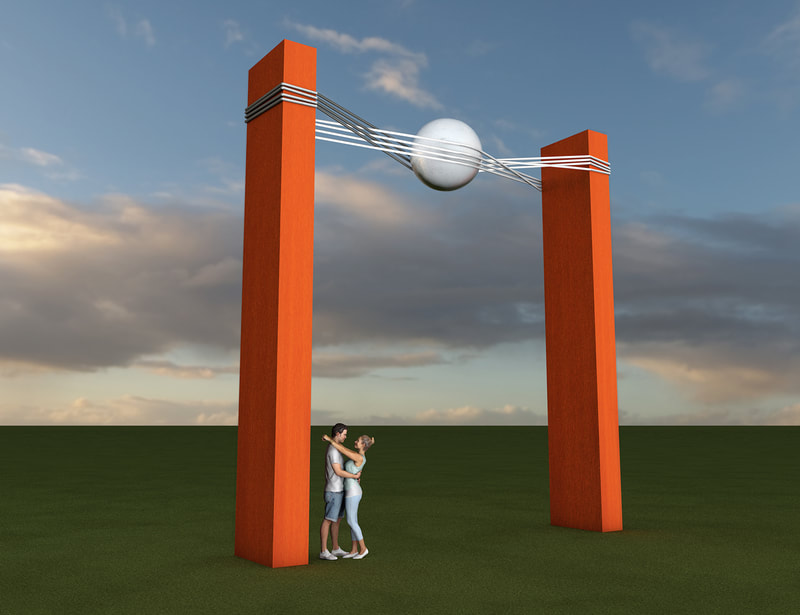 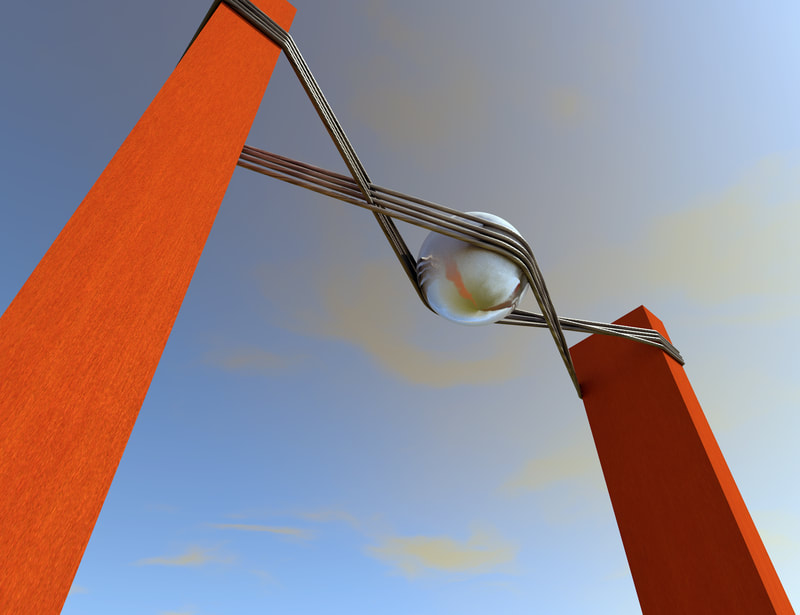 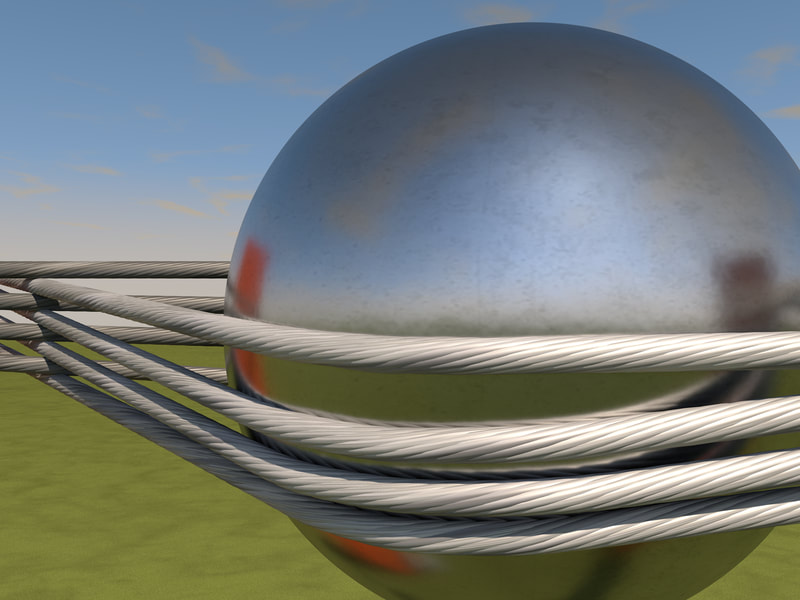 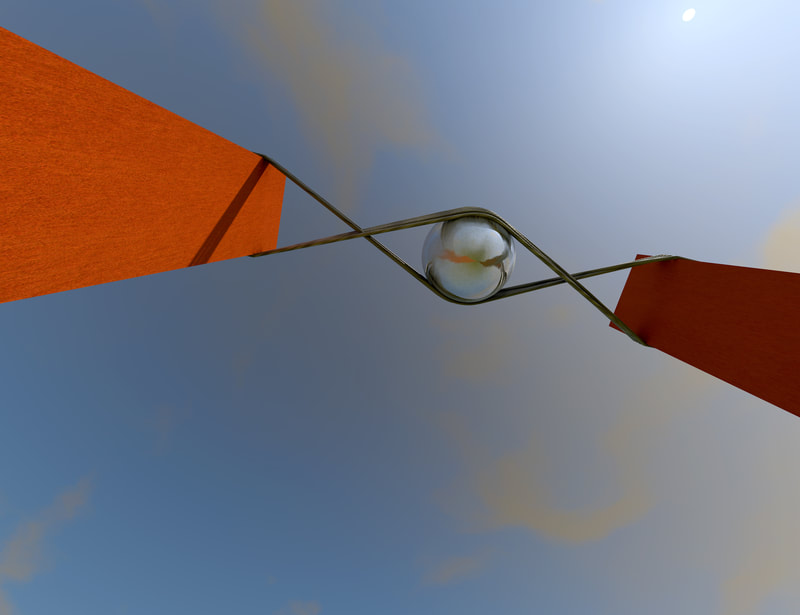