The project is realized with financial support from National Culture Fund Bulgaria.
Space is the primordial condition for the existence of things and of us who experience them. To a human as a subject of this experience the space divides conditionally into inner and outer. The outer space is comparatively clearly defined while the inner is rather more complex. And if distinct boundaries are typical of the former, their lack appears as a distinguishing feature and possibly a condition for the dynamics of the latter. And yet these two worlds open to each other in the moment one says “I see”.

Slav Nedev presents six works in an exhibition entitled Inner/Outer Spaces. The title itself sets a direction for understanding these works. In each of the paintings, the artist reproduces certain spaces from the urban environment, however without any specificity. These are streets, a museum, indeterminate interiors in which the presence of a domestic animal makes an impression. As the title of the exhibition suggests, the opposition of inner and outer stands out: the inner as the personification of the intimate, the domesticated, the domesticated, the outer as an expression of uncertainty, danger, instability, but also carefree, calm. Man is the creator of these spaces, but apocalyptically he is absent from them, out for a while, not at home, passing in haste, depersonalized, a silhouette without individuation. A few more basic aspects can be pointed out. First of all, it is the manifest perspective, which, with a sense of depth, dominates the interior spaces, sets the direction of their perception. The museum, this sterile place, home of memory and forgetting, is devoid of works, but the perspective in the roof construction is immediately striking. Man is insignificant in a crushingly empty vast hall, transient and passing. In the other two works, which evoke the idea of the interior, the figure of a pet, and not just anything, but a dog, commands attention. The work Passage evokes the idea of transition. Here the perspective cuts are replaced by the strict frontal view, and attention is drawn to the arched opening in the wall as a symbol of passage. Only at a later moment do we notice the destruction on the wall as an expression of the transience of time. Undoubtedly original in its artistic solutions is the work Demolition. The seemingly peaceful street setting is contrasted with an elemental powerful explosion. Here, too, the space is depopulated. Human presence is judged by human deeds: on the one hand the drive for cultivation, on the other hand the powerful explosion as an expression of an inner state. Spaces become reflections of the human world and attitude, of inner explosions, of the drive for articulation and orderliness. Nature is absent, or if it is present, it is cultivated, mastered. Memory is transient, the museum empty. These works stand out for their individuality and recognizable style, for their constructive and laconic artistic language, for their precise and carefully selected sophisticated coloring. The generality of forms and clean geometric shapes are reminiscent of computer images and pixelation. These works take on a new meaning: places as expressions of the human condition, as expressions of human nature, spaces of opposition, conflict and the constant quest for balance. Slav Nedev's style stands out in contemporary painting in our country and in the present exhibition represents the artist's personal experiences, bringing us closer, as it were, to him, and the spaces become an expression of an inner state and attitude. 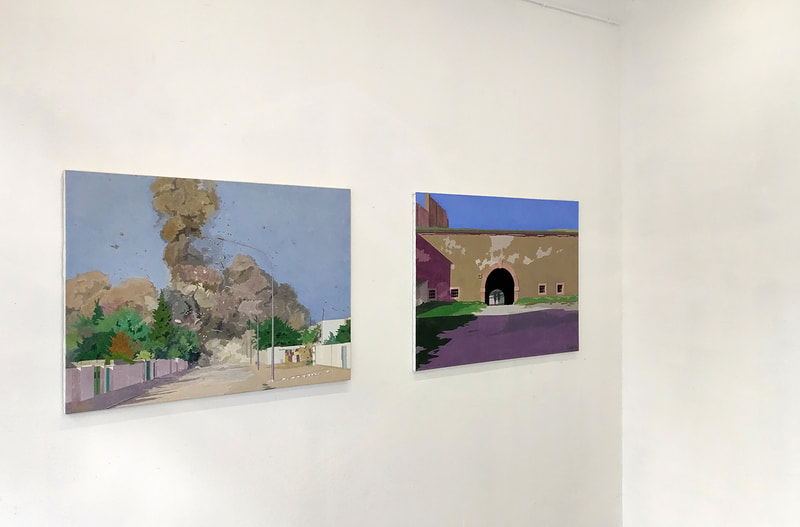 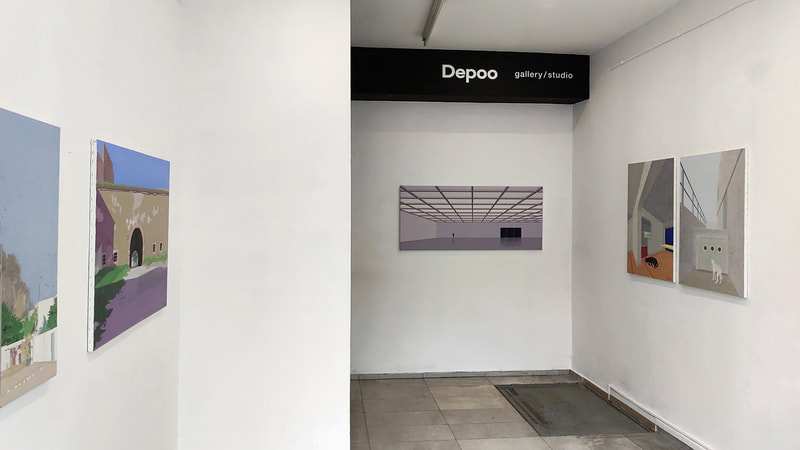 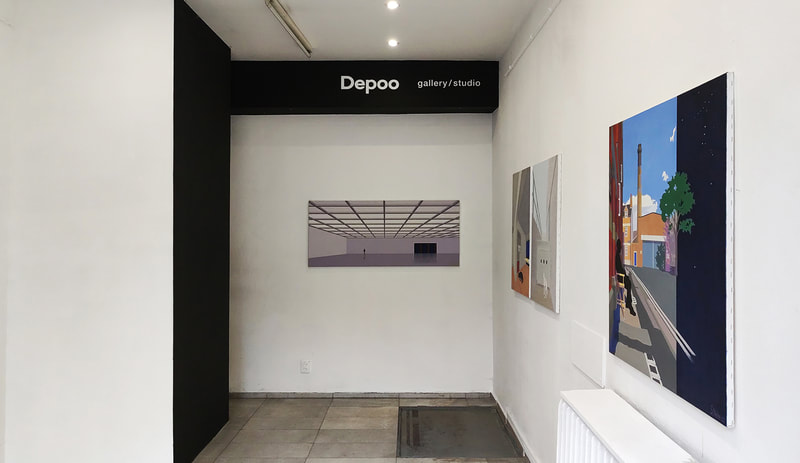 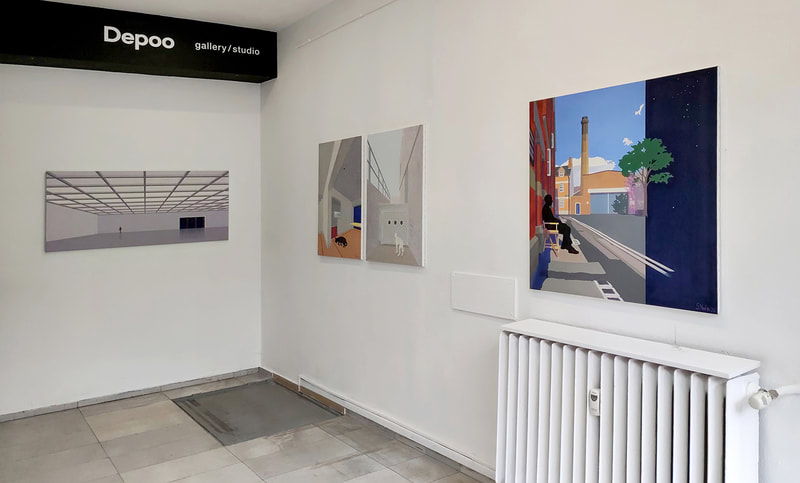 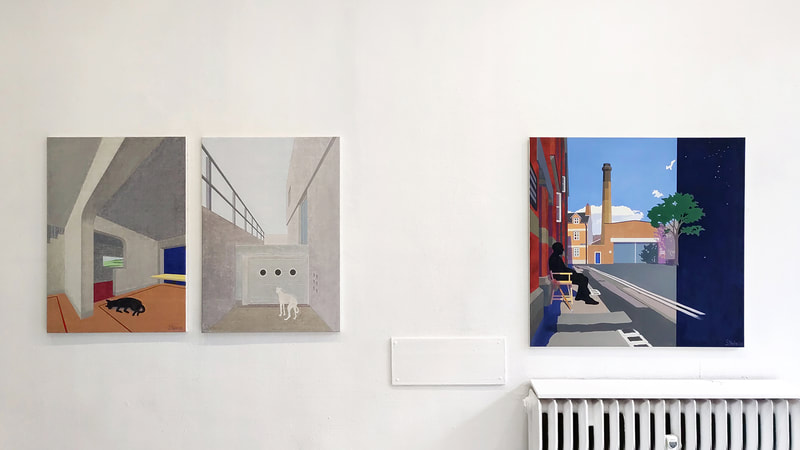 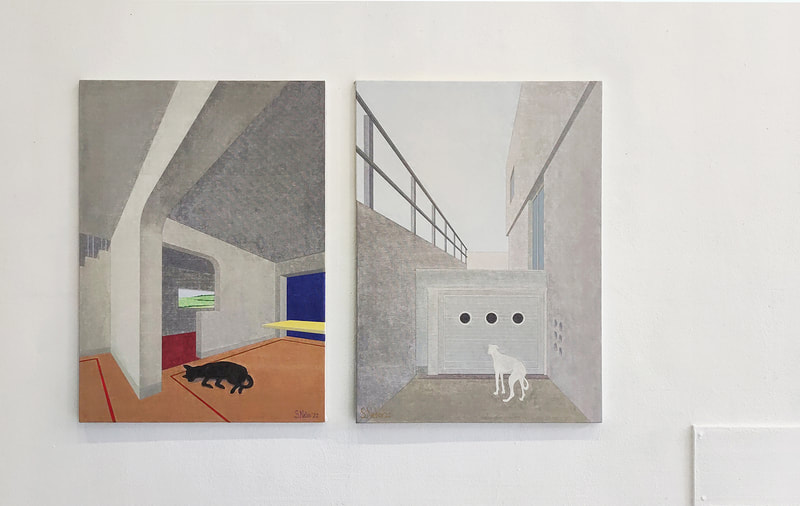 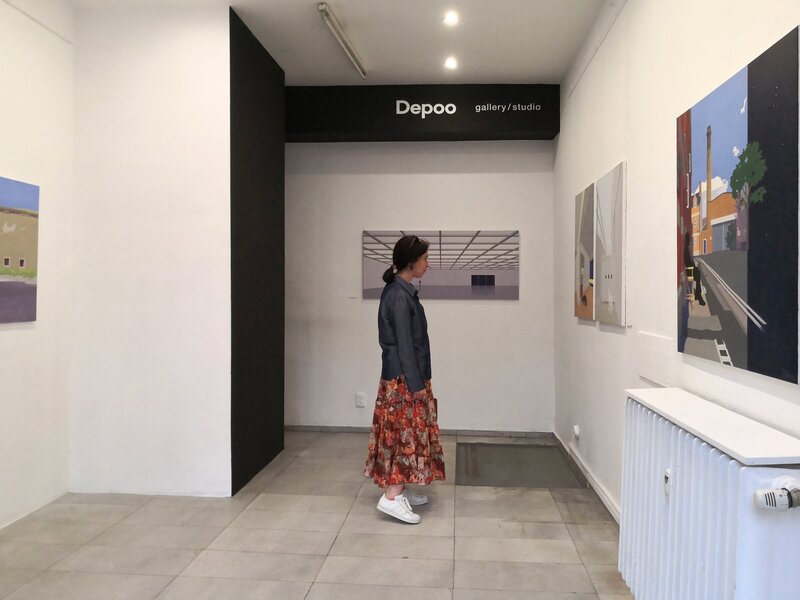 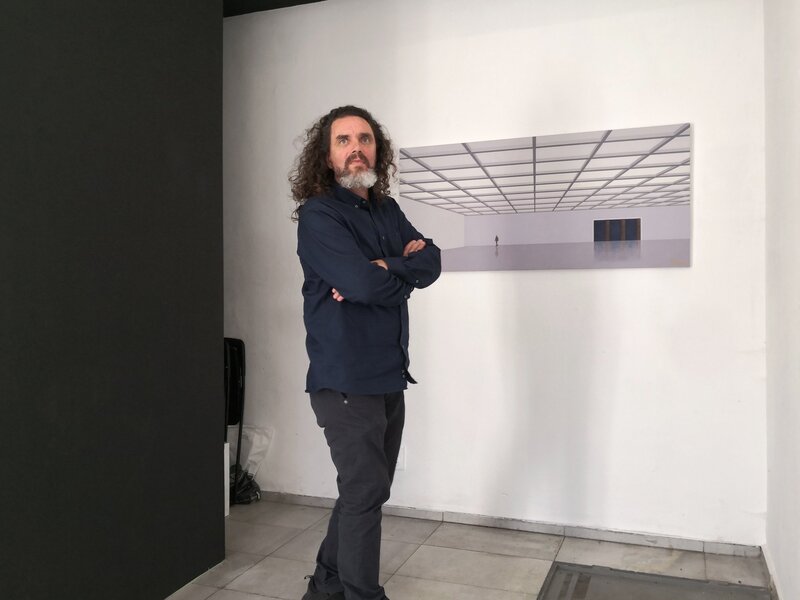 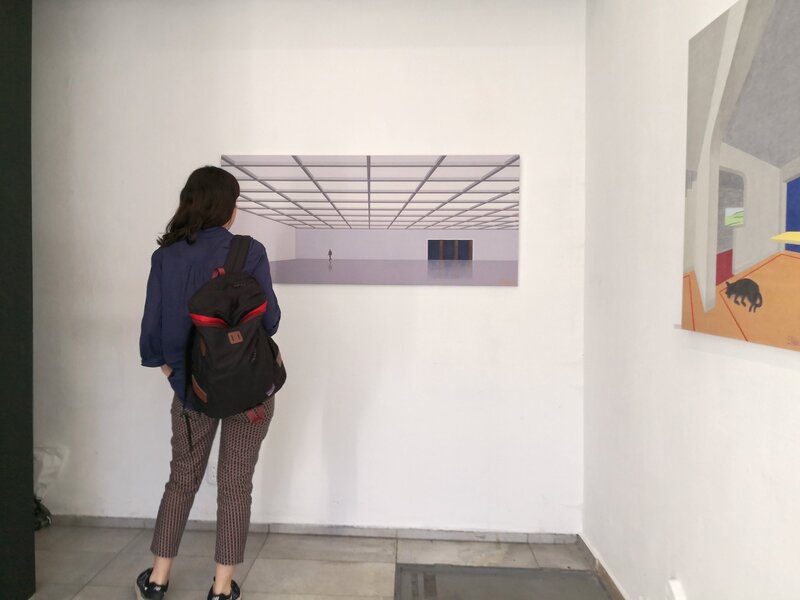 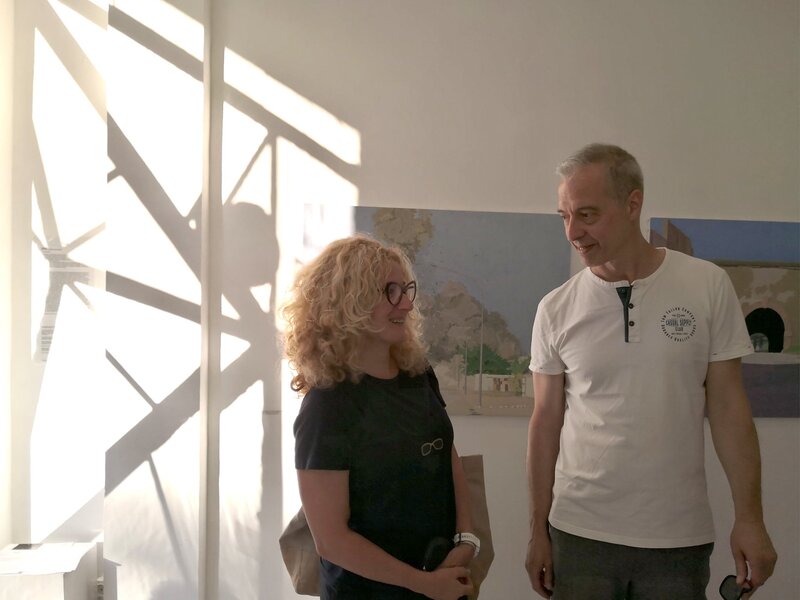 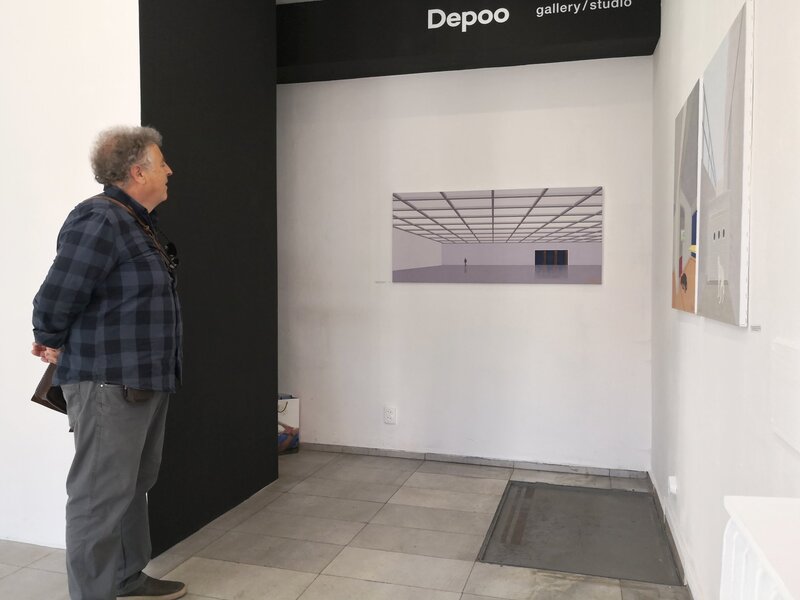 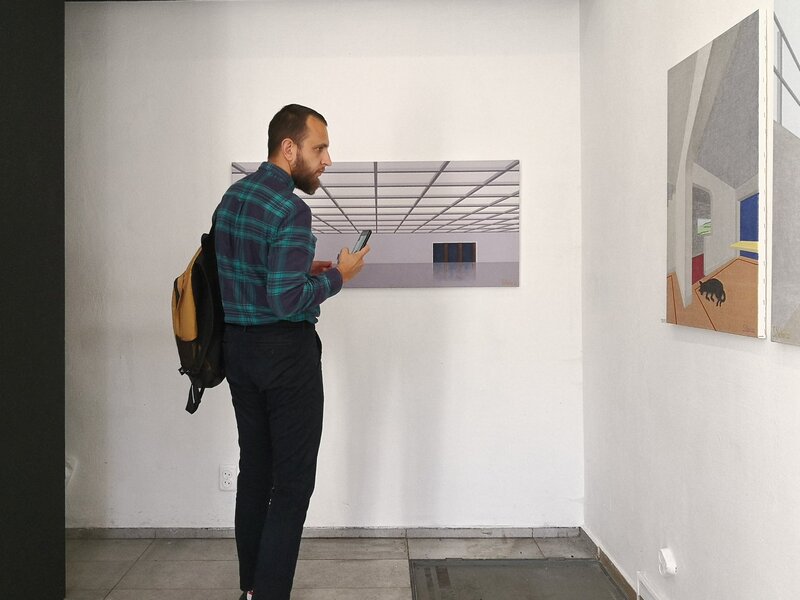 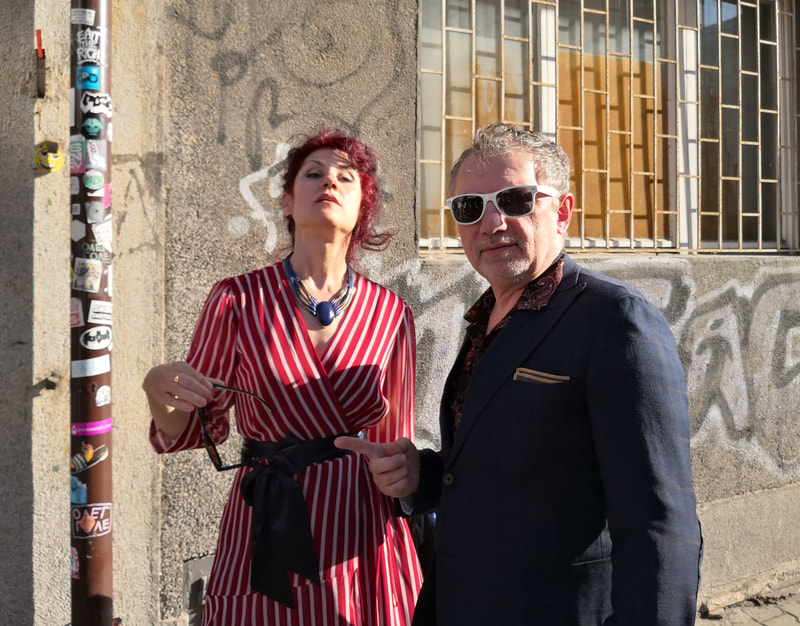 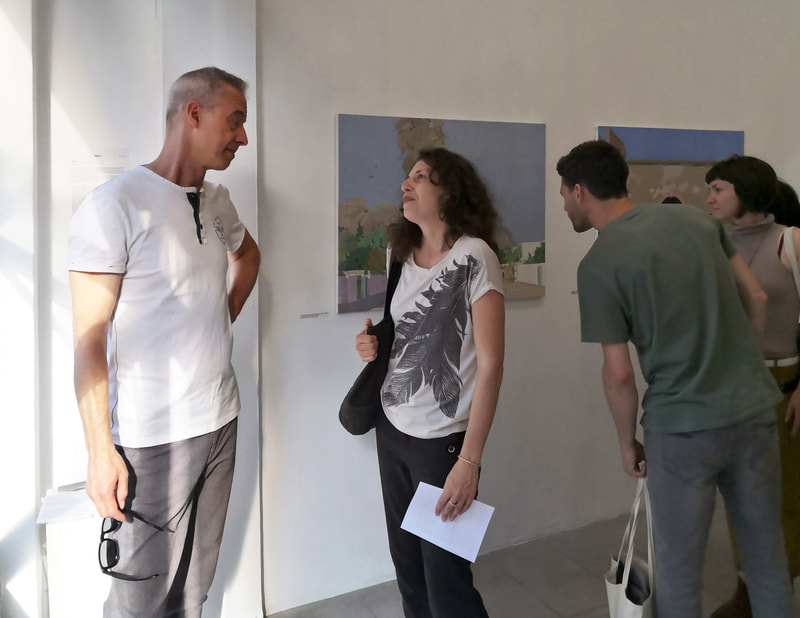 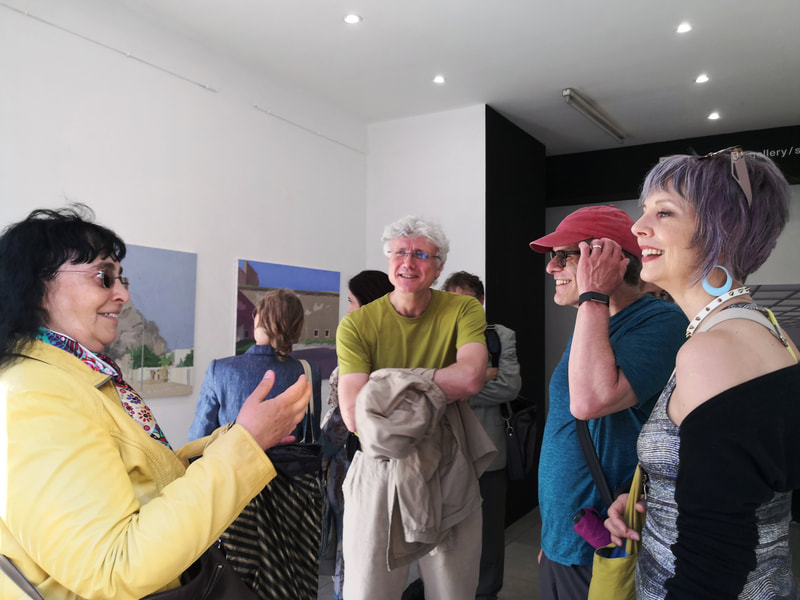 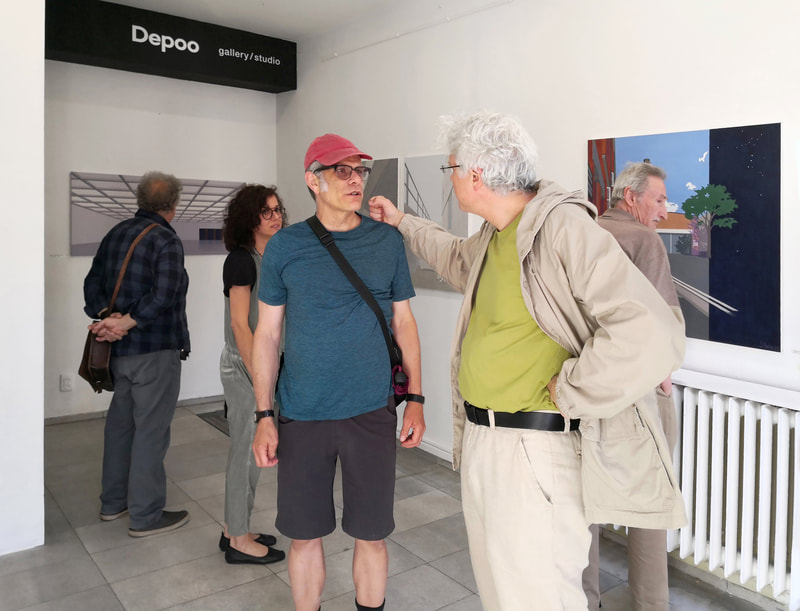 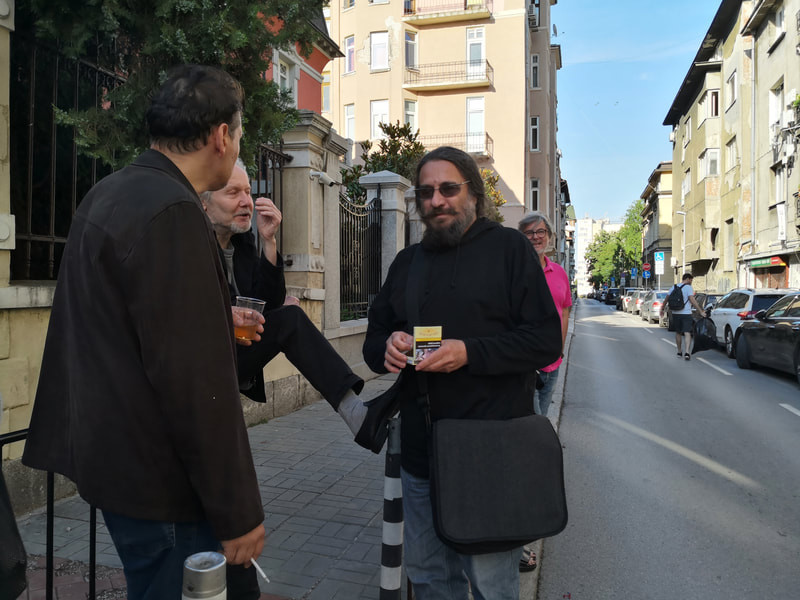 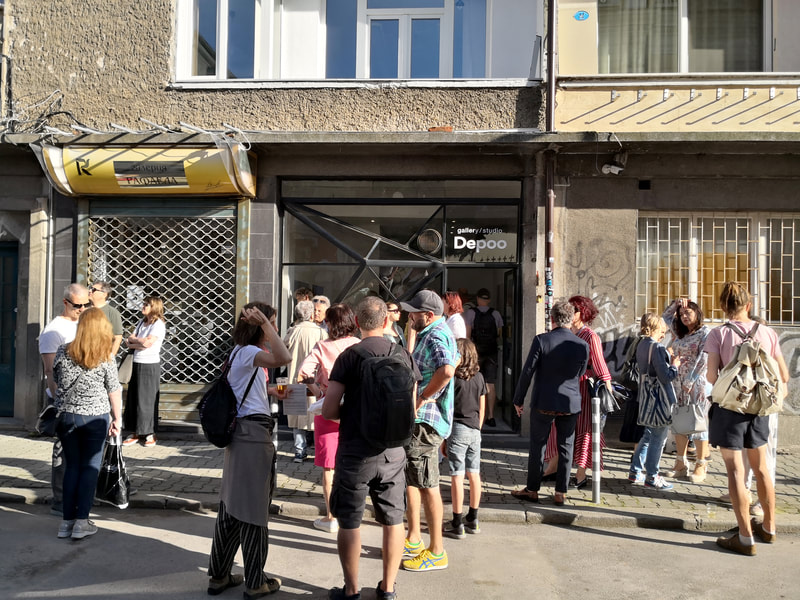 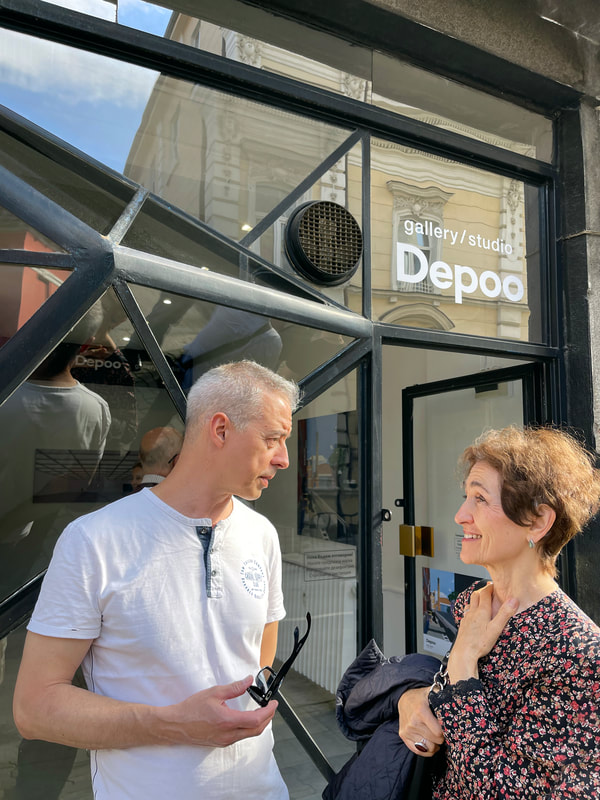 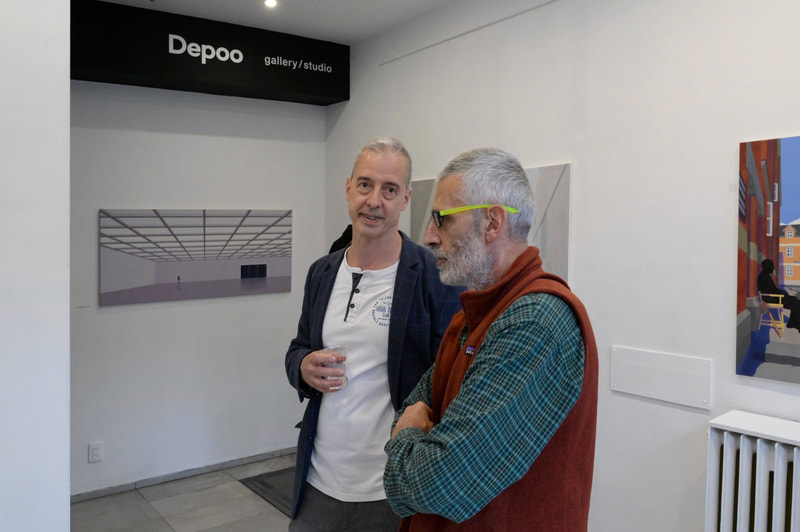 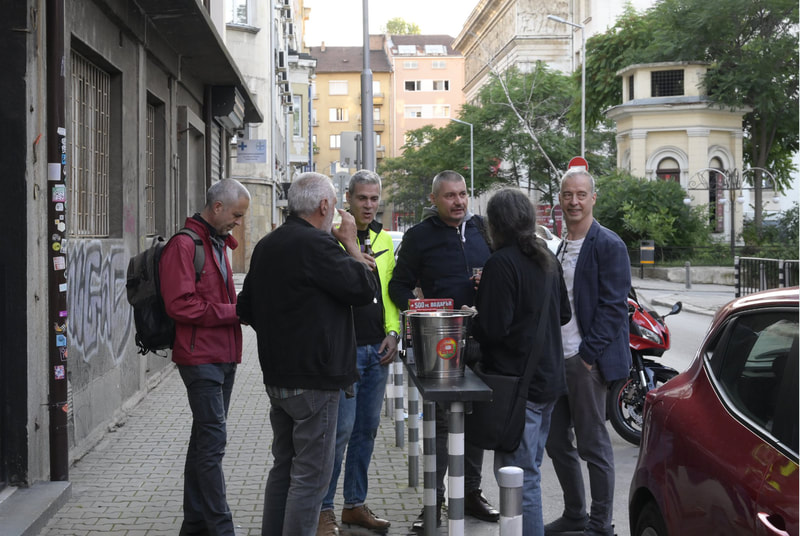