The Topographies series was started in 2011* during an art symposium in Vukovar, Croatia – a town whose train station was destroyed during the war, so if one needs to go there, one should get off the train at the nearest station, Borovo Naselje and then walk by feet. Therefore I have prepared two maps of the area to have an idea where I am and how to find my way.

Later it came to me that I could make paintings from them. A kind of “finding the town (or its new identity) and the area anew”, after the destruction and the loss of so many things – people, assets, production facilities that build peoples’ awareness of themselves.

Since then I am tempted to make such map-based paintings of the places I visit.

However, the Topographies is about the relationship between nature and man. It tries to investigate how people have adapted their life, activity, homes and community to the features of the terrain that result from hundreds of thousands formation years. There is nothing casual in a terrain. Every single curve, slope, form has been shaped gradually by the natural forces. And the people are forced to conform to these features while simultaneously trying to change or overcome them, thus performing an interesting and never ending game, resulting in continuous changes in the topographical picture.

* There is a series of works created in 1997 that are kind of forerunners of the newer Topographies. They are small watercolors inspired by architectural plans of some old Bulgarian monasteries and could be seen below the newer works. 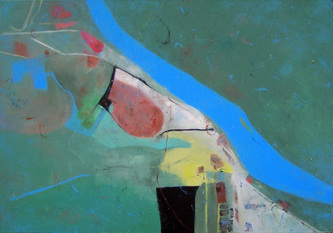 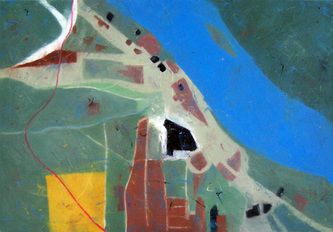 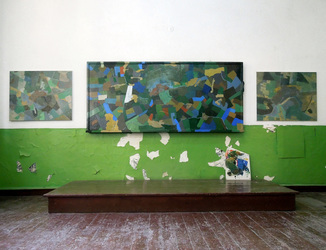 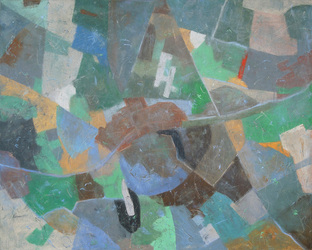 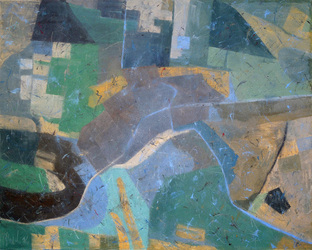 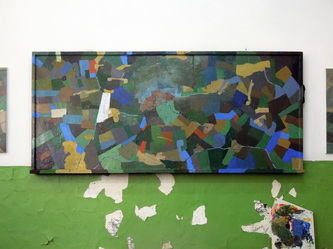 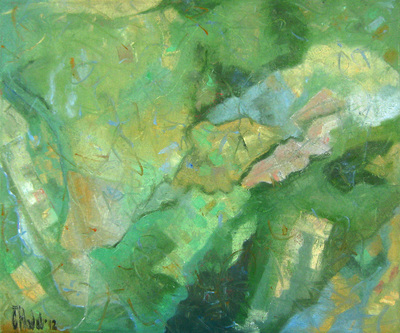 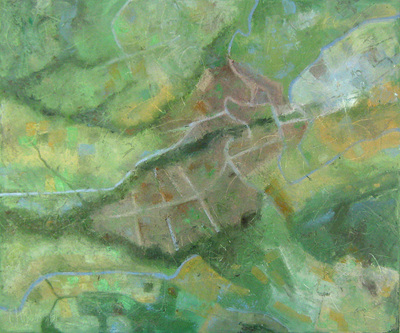 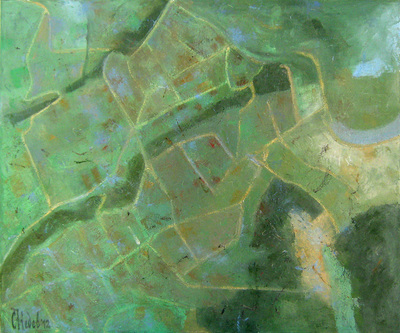 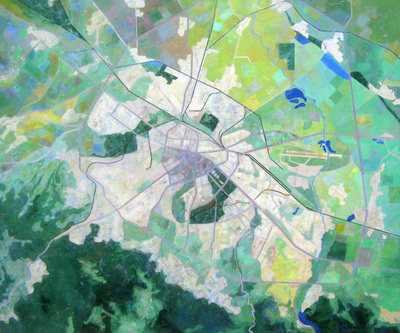 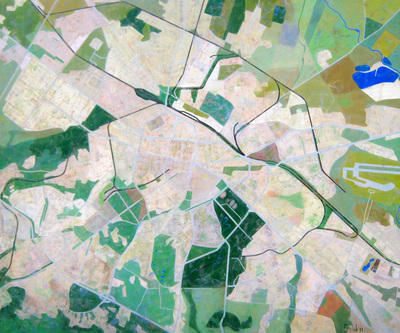 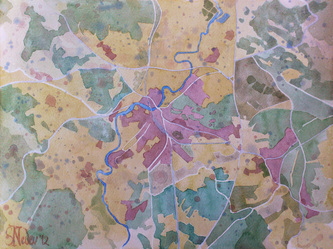 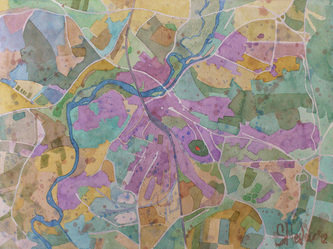 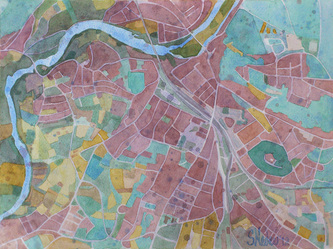 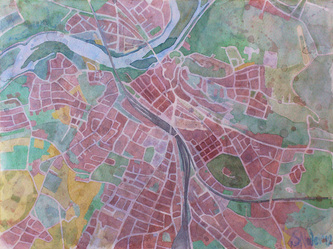 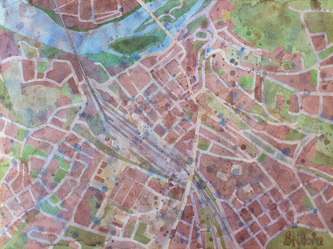 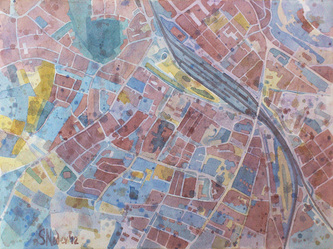 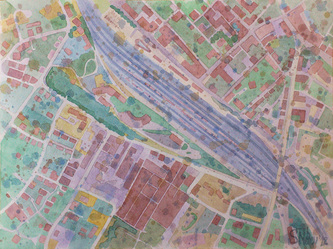 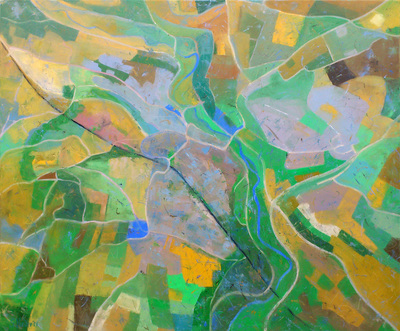 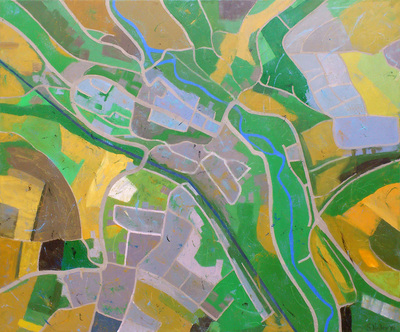 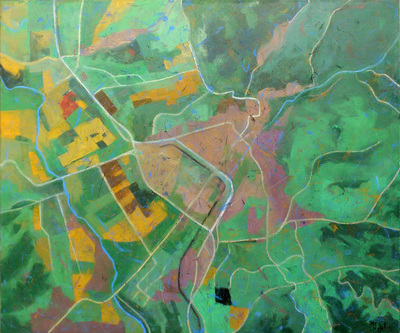 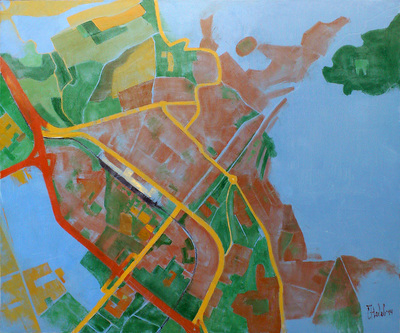 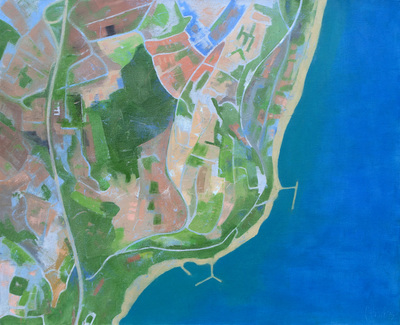 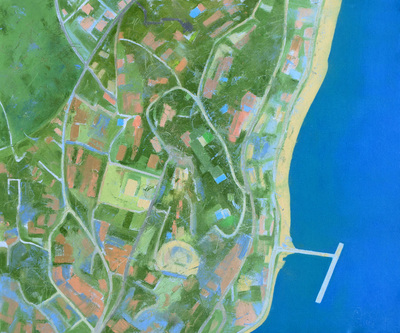 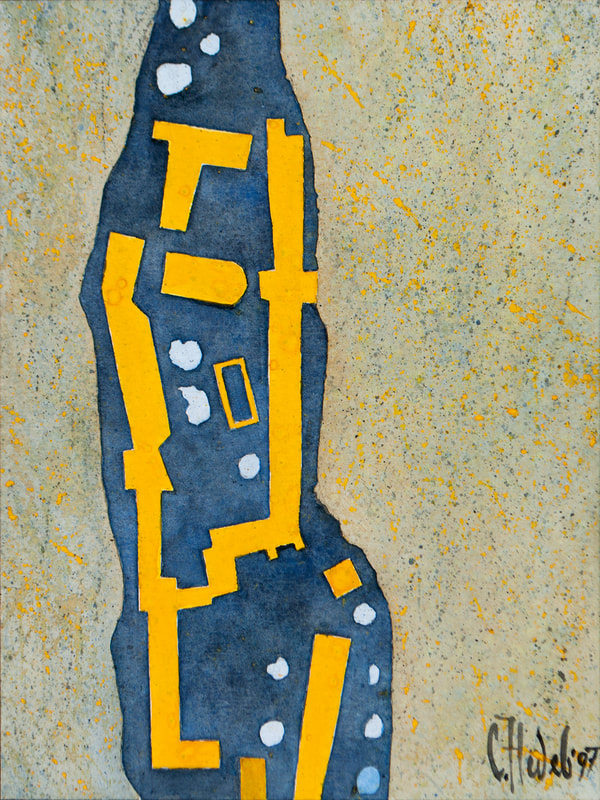 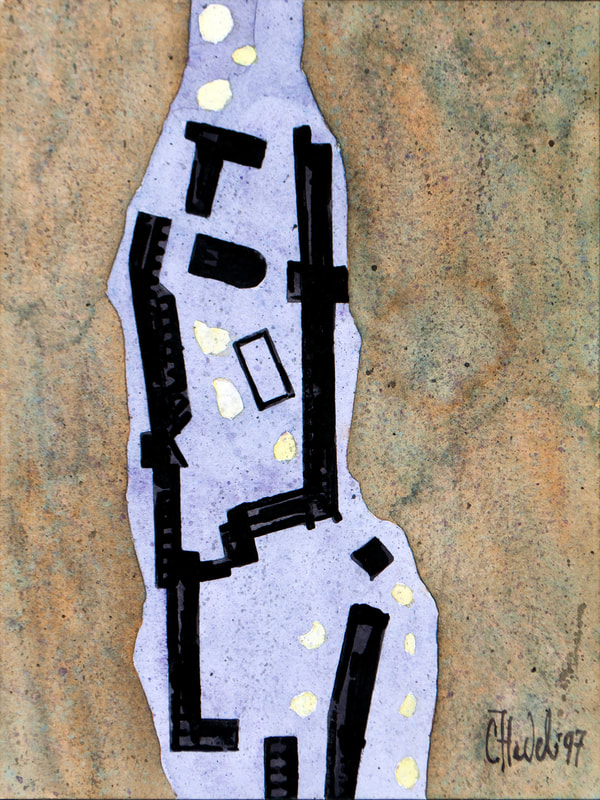 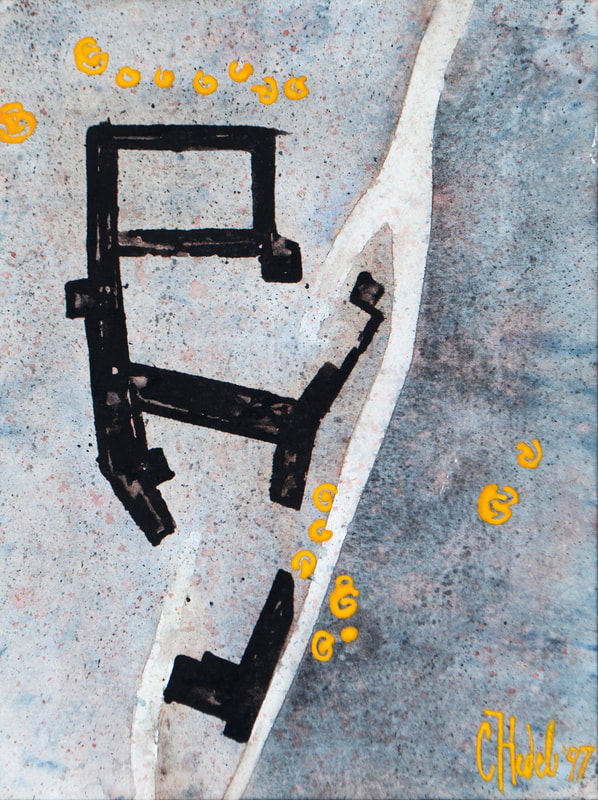 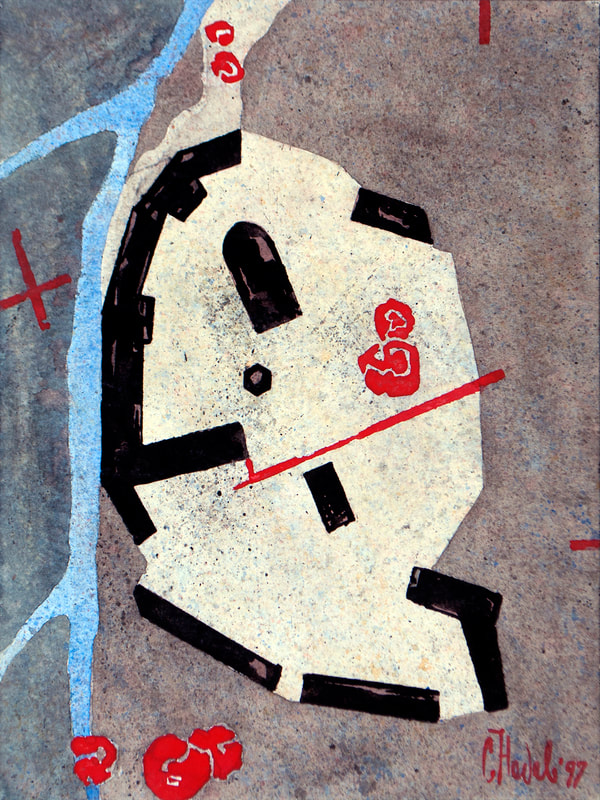 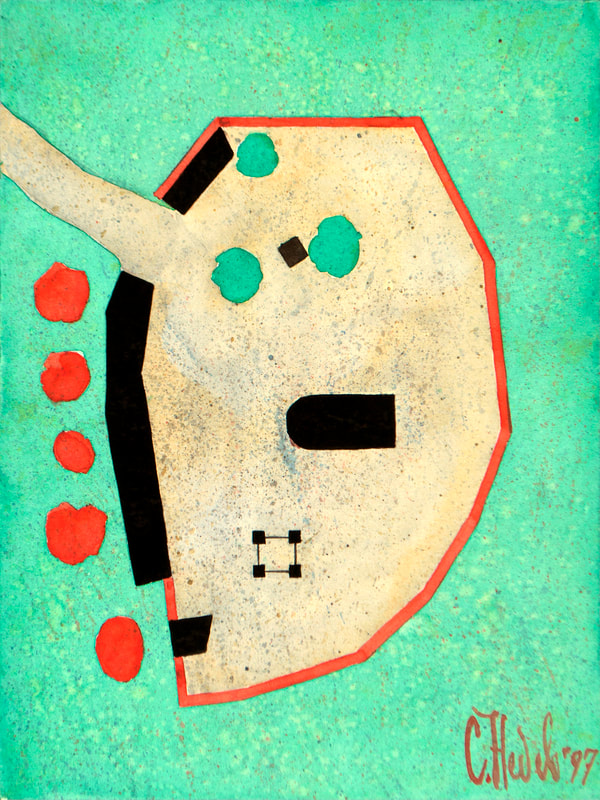 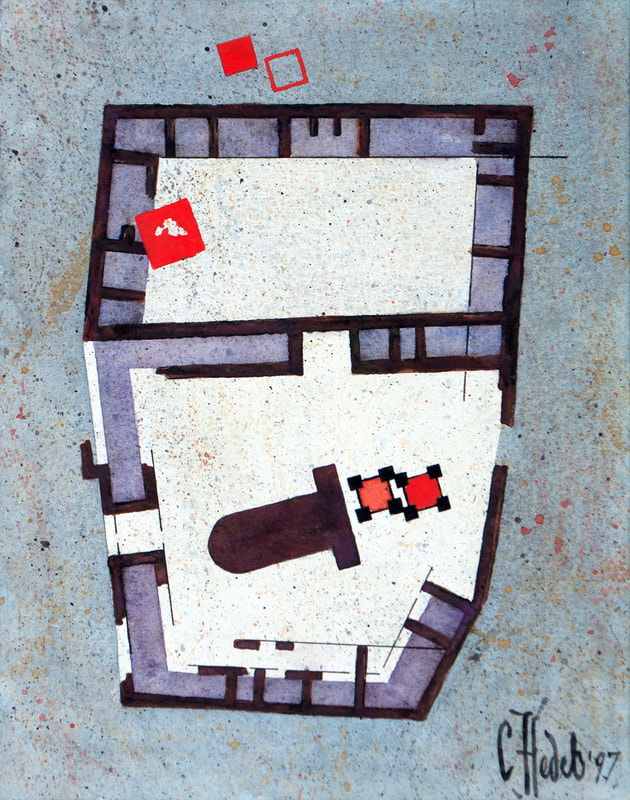