The Post-urban Visions series transcends the existence of today's highly urbanized industrial society and envisages a future (post-urban) state in which the humans for some reason (probably caused by themselves) are extinct and only remains of their activity (mostly architecture) and shadow-like silhouettes remind of the busy city life.
However in this desolate landscape, the nature slowly regains space (Post-urban Vision No.1) and the life represented by the green leaves (contrasted to steel, concrete and glass) begins anew.
. . .

Post-urban Vision No. 1 was inspired really by a vision I have for some days. It was not some obsession but the image of green vegetation that breaks through some straight geometrical, rectangular, glazed structure appeared repeatedly in my mind long enough for me to decide to paint it. Then this first work opened the way for the rest of the series. 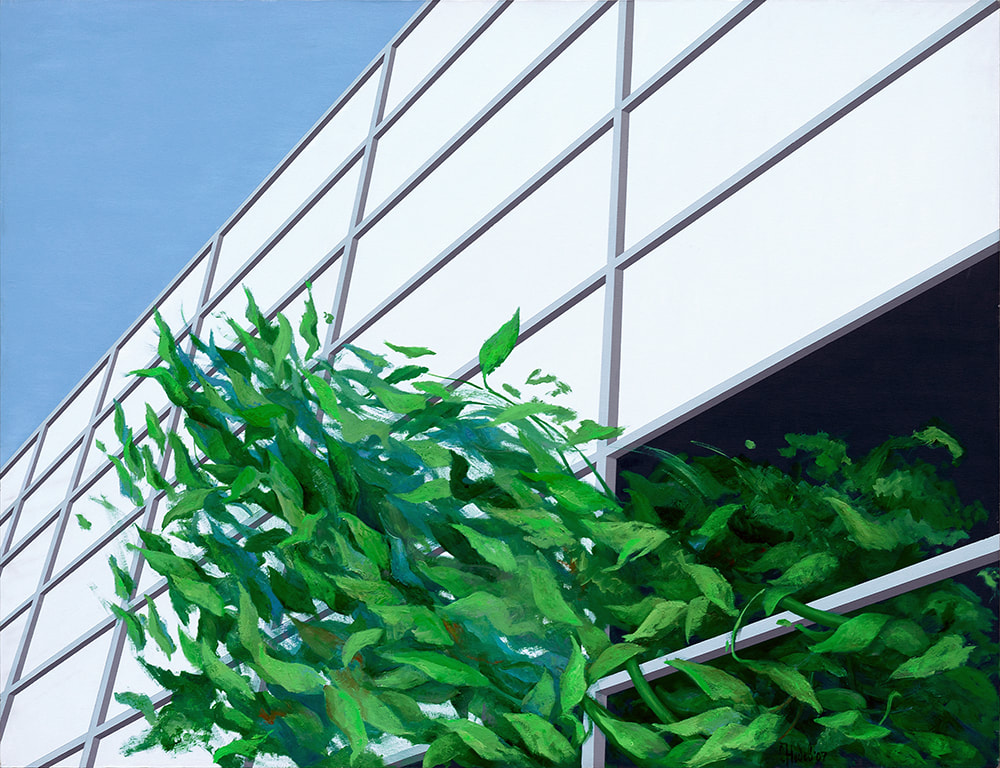 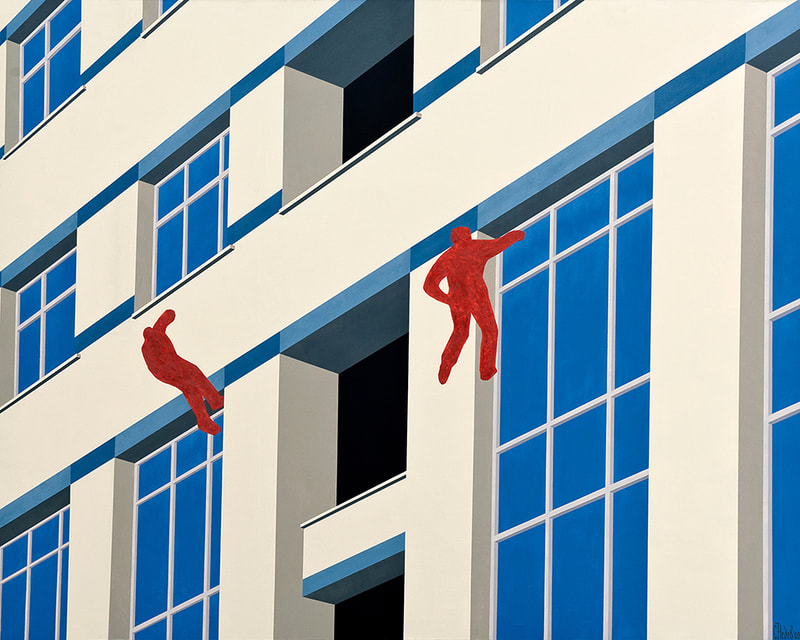 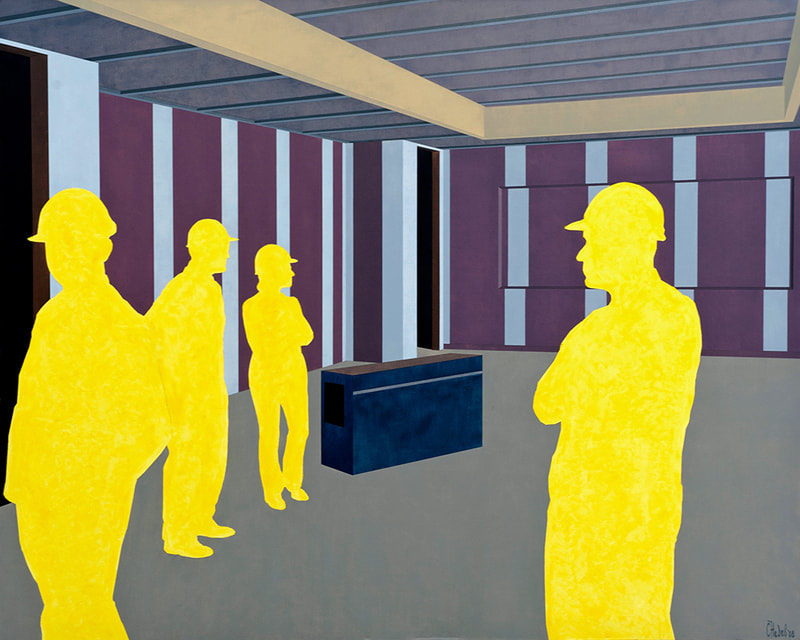 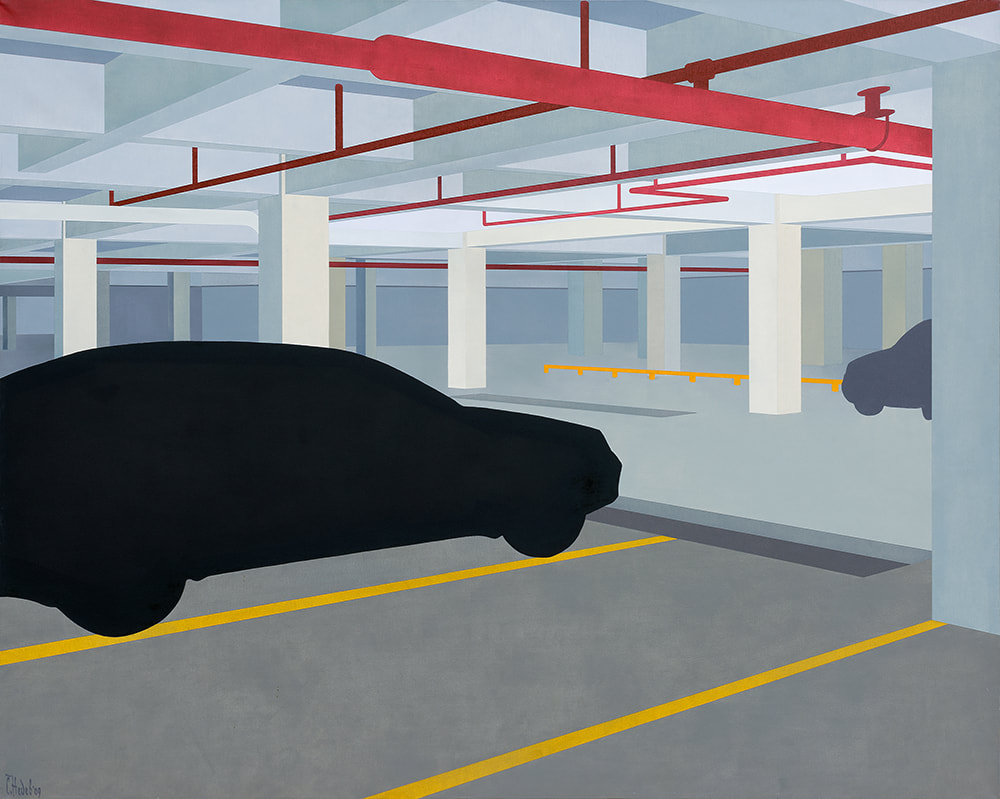 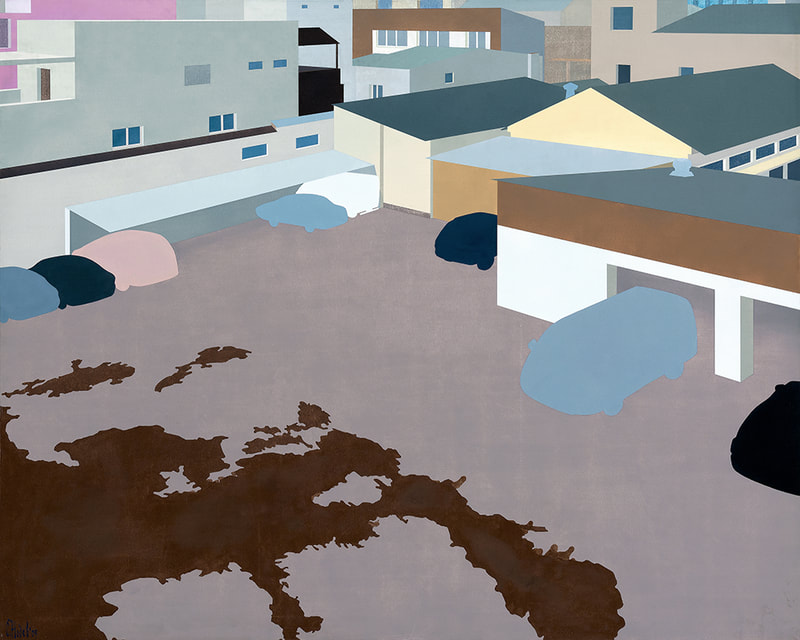 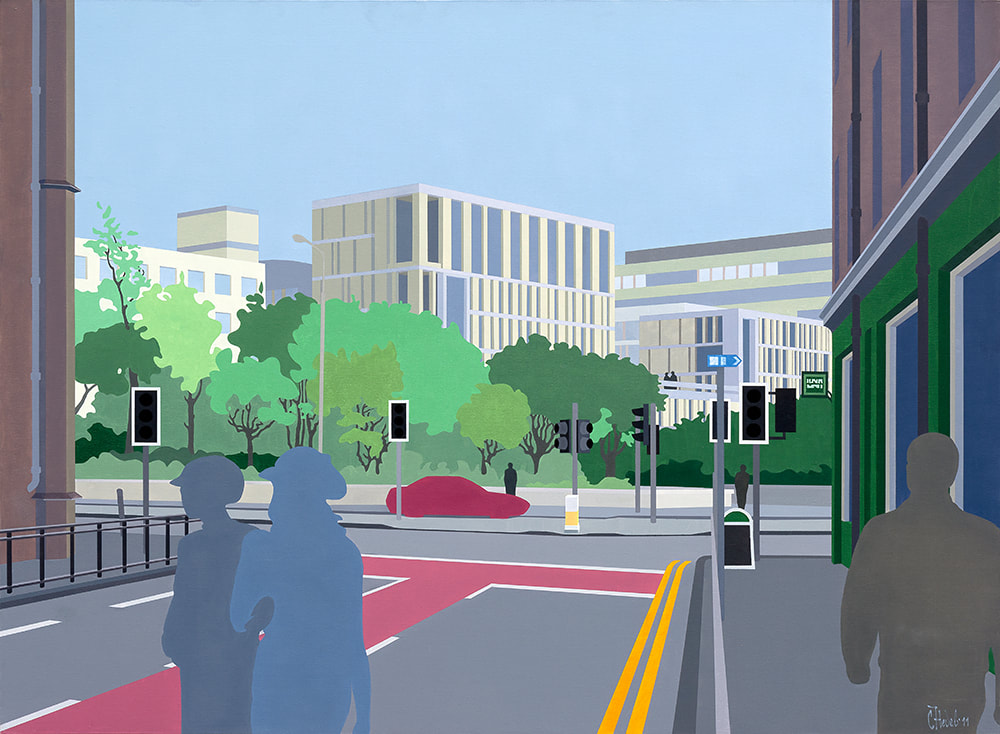 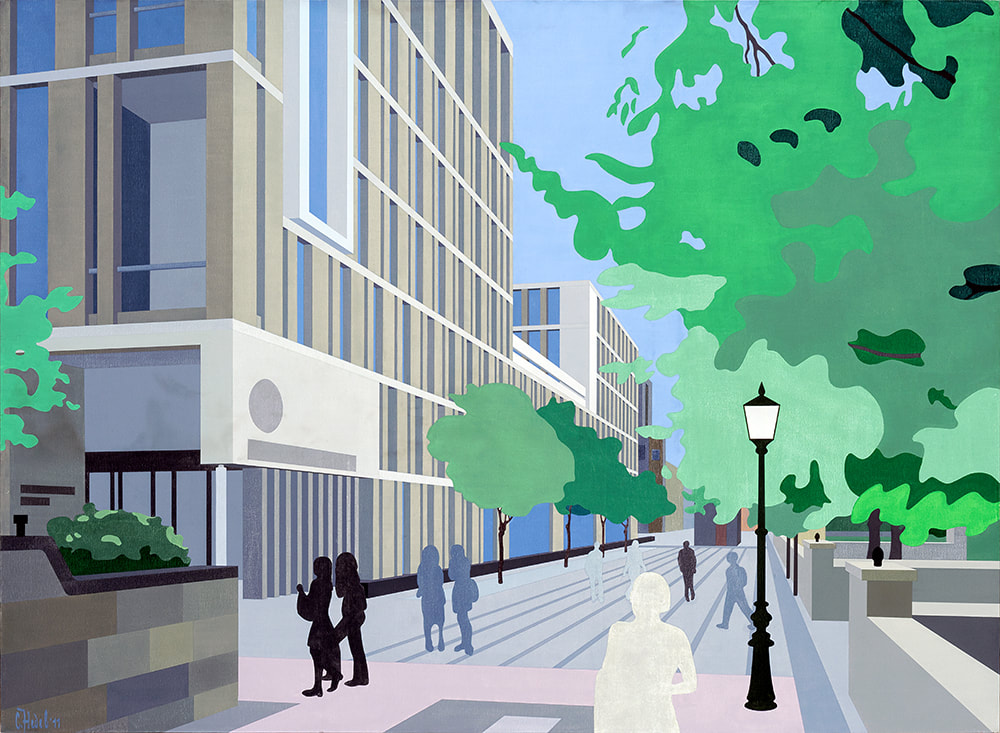